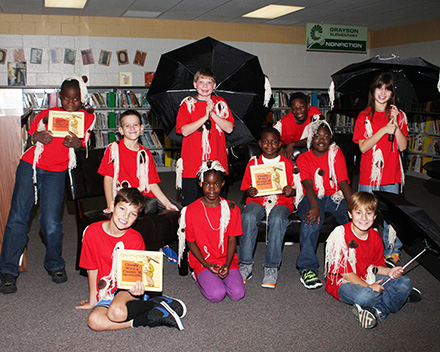 Very recently Les and I celebrated our 40th Wedding anniversary. For many blessed reasons our marriage has been filled with other people, mainly family. I was surprised to realize that it would be just the two of us at Church on our anniversary day.   Then I realized that for all the joy, distraction and heartache of others, every marriage—better or worse—comes down to just two people.

In our case, a not very worldly girl from New Jersey and an athletic young man from Atlanta couldn’t stop staring at one another; then we blinked and we were taking our grandchildren to movies and searching for our reading glasses.

Of course, its all beginning again every day and when Lindsey McKnight, was serving as a wedding planner at an April of 2013 wedding, she met Travis Mulkey. Lindsey is the daughter of Chris and Khris McKnight and sister of Caroline (Grayson Class of 2013) and Melanie McKnight (Class of 2017). She graduated in 2010 where she was active in cheerleading and student government. Travis is a police officer in City of Atlanta and the wedding is planned for Labor Day 2015.

Still in the “busy with children years” are Tysha and Chris Blalock.  The couple and their two young sons did a photo session with Meghan Schroder and Taryn Barnett. While Tysha is by her own admission “very outgoing”, I have only seen Chris with his “Coach face”, I was impressed with the all out smile, he has with Tysha. Logan is in third grade at Grayson Elementary School where Tysha is room Mother and Bradley is an eighth grader at Couch Middle, another chance for Tysha to offer Volunteer service. Coach Blalock is well know for his years of service in Coaching Grayson Athletic Association sports and serving as Director of the Basketball Program.

I like photo opportunities that weren’t even in the realm of dream for little girls of my generation. Haily Triaga is #24 at Mill Creek Youth League Travel Team while  Kevon Tucker is # 24 at Dacula High School but the connection is more than the sharing of a player number. Hailey; daughter of Russ Triaga, head Boys Basketball Coach at Dacula High School, and wife Kerri, is aware of the the strong rivalry between “All things” Mill Creek and Dacula, yet, when Hailey, a 5th grader at Duncan Creek Elementary school was assigned an essay about her hero she wrote about standout Dacula player Kevon Jackson and ended by saying “One of my favorite memories is when Kevon went to one of my own games. It felt like you had just met your favorite athlete or movie star, Because he is like a movie star or great athlete to me. We may have lost but knowing he was there made me so happy.”

At Mountain View High School, I always look forward to seeing Varsity Coach Jackie Lindquist. Many teams are carried by their Senior players but in a twist of that metaphor we show Jackie with her 5 Seniors: Aneysa Williams, Arianna Williams, D’ Andre Pringle, Keni Haynes and  Iceis Walker.

Nicole Booker’s class approached the Grayson Elementary Book Parade with a sense of unity by all choosing to dress from the well loved book “Cloudy with a Chance of Meatballs” (by Judi Barrett).  Thanks to the imagination and skills of parent Jenna Dye, they were a huge hit and I asked if I could photograph them all. Standing with an umbrella at the center of this group is Chris and Jenna Dye’s son Jackson.

During our annual Club Day Pictures at Mill Creek High School, it is always the photographers’ duty to attempt to identify the photobombers. The Book Club, sponsored by Melody Price and Beckie Fulcher, brought just enough books for each registered member of the club.  Imagine the surprise by the members as well as photographer Meredith Chastain when they were suddenly three books short and they had three new male members in the all female club.   The boys were sent off with suggestions of good books to read and the actual club members picked their favorite books for their Club pose.

My assistant, Lauren Britt (Archer Class of 2013), and I were at Archer High Football Senior Night, celebrated before a game betweenArcher and Dacula High Schools.  As is always the case before a high profile Friday night football game in Georgia, there was an intense hushed feeling as we stood on the sidelines.  Then a distinguished looking man and his lovely wife walked onto the middle of the field.  Before moments had passed, both Archer Coach Andy Dyer and Dacula Coach Tommy Jones were paying homage to Dave Hunter who has loomed large in that phenomenon known as Gwinnett Country sports for many years. Both Coaches – as Brookwood High School Seniors, were co-Captains under Coach Hunter. And that as someone once used to say, is the beginning of the story.