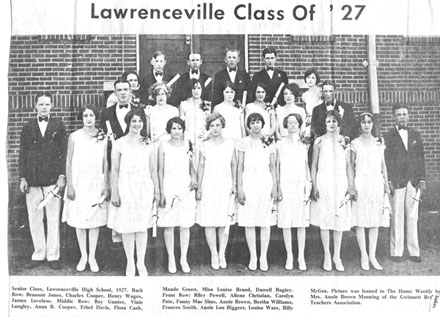 •The Lewis Family team from Loganville played a good game on the TV show Family Feud” in December.

LAWRENCEVILLE BUSINESS WOMAN LINN NGUYEN owner of Star Cuts on Highway 29 in Lawrenceville. Linn came to this country from Viet Nam and has been a beauty operator for 24 years. She has owned Star Cuts for 12 years. Linn has two sons, one is a senior at the Math/Science Technology School and the second son is an eighth grader at North Brook Middle