Healthcare in the 1980's and Beyond 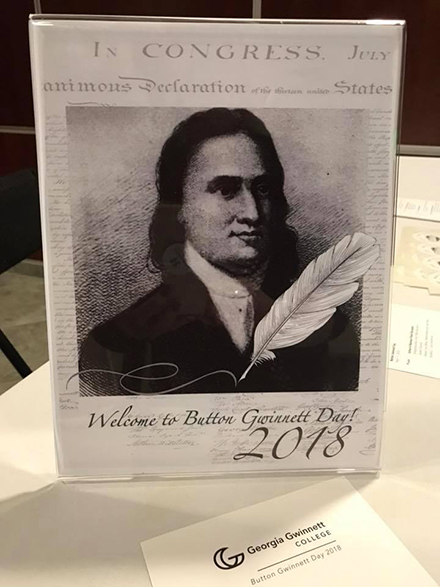 After the session, attendees shared how much they appreciated the information and were enlightened. Passionate about healthcare, past, present, and future, I'll relay just a few of my observations, thoughts, and provide a high-level overview of the evolution of healthcare in our community and country.

Gwinnett County is the second largest county in Georgia by population. According to the U.S. Census in 1980, the population was 167,000. In 2017, the county's population exploded to 920,000 residents. This is an increase of 753,000 people in thirty-seven years - an estimated average of approximately 20,000 people/year.

Healthcare Milestones and Hurdles
Massive healthcare changes were seen in the 1980's that ranged from the HIV-AIDS epidemic to missing children's pictures appearing on milk cartons, to the first generation of latchkey kids. The biggest technological advances included the implantation of the artificial heart, the implantation of a heart from another species in a human (Baby Fae), genetic mapping - used to identify genes that are responsible for diseases, and reproductive technology. During the decade, there was also a greater recognition of conditions such as Alzheimer's disease, anorexia nervosa, and bulimia.

Consumer safety was spotlighted as a result of product tampering in over-the-counter- products and high mortality rates from motor vehicle accidents. Georgia's first seatbelt law passed in 1988 and even then, children could sit in the front seat of the car. While patents for passenger airbags in cars and trucks dating back to the 1950s, they were first used in vehicles in the mid-1970s. Over twenty years later on September 1, 1998, the Intermodal Surface Transportation Efficiency Act of 1991 required that all cars and light trucks sold in the United States have airbags on both sides of the front seat.

In the 1980s, nationally, hospitals were no longer being seen as a function of community "services," like police and fire, but rather evolved to mimic that of a corporate business model. Marketing and advertising became paramount to their success and survival.

When I looked at the major factors affecting the healthcare changes over the nearly four decades, three issues stood out - financial viability, access to care, and seeing a paradigm shift in the healthcare model, from the disease management model to one of health promotion/disease prevention. 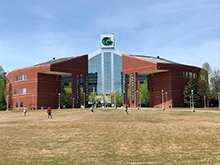 Georgia Gwinnett CollegeIn the 1980s, healthcare costs soared and spiraled out of control. As a result, many hospitals, nation-wide, were corporatized and healthcare management organizations (HMOs) proliferated in an effort to mitigate costs to the consumer. In 1983, Medicare introduced a payment system for hospitals known as Diagnostic Related Groups (DRGs). In addition, hospital-based services were privatized or outsourced in an effort to reduce costs.

Milestone legislative changes in healthcare included: expanding Medicaid to children with disabilities who required institutional care, but could be cared for at home, referred to as the Katie Beckett option (1982); mandating hospitals participating in Medicaid to screen and stabilize all patients who use their emergency rooms regardless of the patient's ability to pay (Emergency Medical Treatment Labor Act, 1986); and allowing employees who lost their jobs to retain their healthcare plans for eighteen months post-employment (Consolidated Omnibus Budget Reconciliation Act, 1986), commonly referred to as COBRA.

Access to care was crucial. The trend for families in the 1980s that continues to the present day was that the general population moved outside of the metropolitan service area. How was a municipal-based hospital to meet the needs of its patients?  Typically, hospitals develop a "hub and spoke" model of care where the hospital served as the main base of operations for surgical and in-patient care, while out-patient services and clinics were developed and provided in areas with the greatest need, thereby providing consumers with convenience to care. Over the years, urgent care centers, drug store-based medical care, and culturally-specific medical offices that care for the entire family emerged.

Nearly forty years ago, access to medical information was limited to medical books and articles which were in hard-copy form. With the introduction of the world-wide-web in 1991, the healthcare consumer now uses technology via smartphones and computers to gain knowledge real-time without having to travel to a library or bookstore. Patient's medical records have evolved from pen and paper to electronic records. Healthcare professionals have immediate access to a patient's medical health history, lab results, and diagnostic image interpretations via the computer.

The paradigm shift in the medical management of patients, from the disease management model to health promotion/disease prevention is still a new concept for this country. Obesity prevention, exercise, nutrition, alternative medicine, health and well-being are topics of focus in medical care and are included in the overall healthcare management of a patient's treatment plan.

Thoughts to consider for the future of healthcare
As the projected population for Gwinnett County continues to grow, the infrastructure needs to accommodate the health and safety needs of the community. Ratios of residents to police, fire, healthcare professionals, in-patient and out-patient professional and medical resources, based on national averages, are factored in the overall assessment.Other factors to consider for the future of healthcare in Gwinnett County and beyond include:
➢  Removing barriers to access mental and behavioral healthcare
➢  Addressing cultural and language barriers
➢  Educating consumers to increase health awareness and change behaviors
➢  Embracing alternative health options (i.e. acupuncture, massage, etc.)
➢  Empowering patients toward self-care, such as tracking steps with pedometers, using fitness tracking electronic devices, healthy eating habits, monitoring dietary intake and calorie counting via technology (smartphones)
➢  Training and educating future healthcare professionals
➢  Utilizing technology to have interactions and communicate with a physician/allied healthcare provider through use of Facetime, telemedicine, boutique medicine ("house-calls"), advice lines, photos, videos, and texts
➢  Re-evaluating a community's traffic patterns and how they affect ambulances, first responders, and patients access and convenience to care
➢  Monitoring local, state, and federal legislative changes
➢  Educating the public about emergency preparedness (natural disaster or acts of terrorism) and affecting changes in the individual, family, business, city, and county level.

You play a key role in your health and well-being.

Health and public safety issues range from the water we drink, foods we eat, to the air we breathe. Healthcare is personal. It is established in the 1:1 relationship between the medical provider and their patient, and yet extends beyond the four walls of the hospital. Positive changes for the overall health and well-being of a community range from access to emergent and routine medical care to the development of sidewalks and recreational parks to promote family and group leisure activities, and can also be addressed through volunteerism (clinics or disaster relief), public service, civic leadership, and legislation in order to make our community healthier and safer in the decades to come.