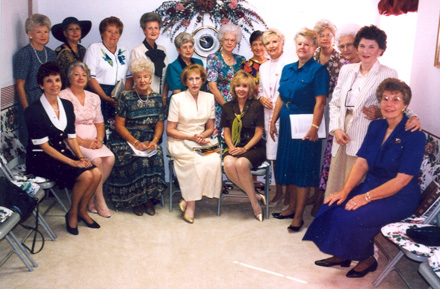 The Gwinnett Roadrunner -
On The Run May 2015
By Mary Frazier Long
CORRECTION: The March 2015 issue of Road Runner wrongly identified the photo of Chloe as belonging to another of Lawrenceville’s prominent canines who is connected with a downtown business. Chloe greets customers at Sikes and Davis Decorating Store on Crogan Street and Chloe can give advice on decorating a house for upscale canines as well as guiding customers through her Lawrenceville store.
Chloe lives in Grayson but spends many hours of her work day doggedly decorating houses and businesses in and around Lawrenceville. She has also christened several lampposts and fireplugs around the county. Apology to Chloe and to her staff members at Sikes and Davis.
The American Cancer Society Relay for Life will be held at the Gwinnett County Fairgrounds on May 8

“You’ve got to be very careful if you don’t know where you are going, because you might not get there.” Yogi Berra

“Don’t call someone a bad name if they have a pistol; don’t call your girlfriend Tina if her name is Vivien.” George Underwood

“Saving is a very fine thing. Especially when your parents have done it for you.” Winston Churchill

“Old people shouldn’t eat health foods. They need all the preservatives they can get.” Robert Orben 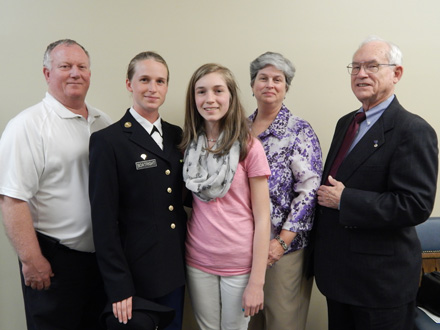 PFC Grace Boatright of Alpha Company at the University of North Georgia College received the Col. Jack Peevy military Scholarship at the 2015 Military Awards Ceremony held at the University. Grace was recognized for her meritorious military and scholastic achievements and for her exemplary patriotic ideals of duty, honor and country. Her grandfather Victor McKelvey from Lawrenceville, parents Lenore and Cecil Boatright and sister Mary from Dacula attended the ceremony. The Col Jack Peevy Scholarship was a legacy of Col Peevy who was a student at North Georgia College a wounded veteran of the Viet Nam War. Grace discovered that Col Peevy was a distant relative.

•The Lawrenceville School Reunion will be held on July 11, 2015 at the Family Life Center at First Baptist Church. Doors will open at 11 a. m. Lunch at noon.

•Jeffery Yang a junior student at Gwinnett School of Math and Technology earned the Pinnacle Award at the state science fair. More than 700 students entered this event and Jeffery received the highest award given there.

Peachtree. Corners will be three years old on July 1, 2015 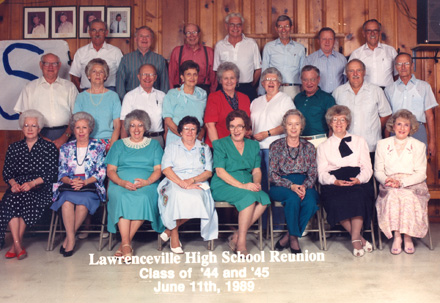 BIG XC CELEBRATION FOR LILLIE MAE EVERETT LONG A large group of friends and family gathered in Lawrenceville during March to celebrate with Lillie Mae Long at her 90th birthday party. Friends and family members came from Burke County, Tybee Island, Savannah, Cleveland, Hephzibah, Dawsonville, Barrow County, Riverdale, Norcross, North Carolina, Little Rock, Walton and Gwinnett Counties. Lillie Mae grew up in Greenwood, South Carolina where she attended elementary and high school and Business College. After finishing school Lillie Mae worked as a bookkeeper for a textile firm. She married Herbert Long in 1948 and they were parents of three daughters, grandparents of seven and great grandparents of nine. Herbert, now deceased, and Lillie Mae lived on Gale Drive in Norcross and operated a business on Jimmy Carter Boulevard for several years. Lillie Mae’s canine friend Logan missed the event because of a previous commitment and because Logan’s visits to Downtown Lawrenceville have been restricted due to his uncontrollable tendency to christen fireplugs and lampposts. Logan was greatly missed at the celebration.

Martha Hutchins with Linda Henderson at the luncheon and trolley tour of Lawrenceville. Linda provided a delicious meal at the Chew Restaurant in Lawrenceville and Martha planned a tour on Jerry’s Trolley. The tour was narrated by local resident Mary Long and some important historical places in the town were featured on the hour long event.

The year 2015 will mark the 42nd annual Snellville Days celebration and Batman will be parade Marshall.

SNELLVILLE SCENES FROM THE PAST

Harold And Doris Todd at Chick Fil A in 2007

This group of Snellville Somebodies enjoyed a trip to the Alabama Bach, left to right Nolen and Floyce Ridgway, Gene and Joann Turner, Betty Johns, Addie and Charles Cooley