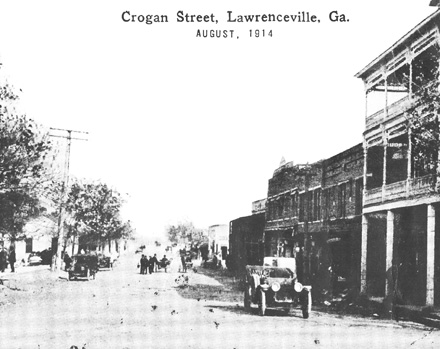 he Gwinnett Roadrunner -
On The Run October 2015
By Mary Frazier Long
THINKERS
“Success is not final, failure is not fatal: it is the courage to continue that counts.”  Winston Churchill 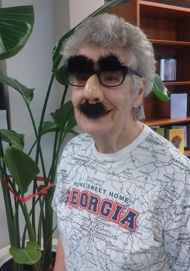 Some people create their own storms and then get mad when it rains.

Being smart as a whip includes knowing when not to crack it.

Life is too short to be serious all the time, so, if you can’t laugh at yourself, call me and I’ll come laugh at you.
Mary says "Happy Holloween!"
Does anyone ever retire and move up north?

Isn’t it odd that in the United States our flag, the Christian religion and our culture offend so many people but our benefits don’t?
THE WINN FAIR IS THE FIRST WEEKEND IN OCTOBER IN DACULA

•From the News Herald, September 15, 1923: “Guy Green and George Cash drove to Jacksonville in one day.”

KIDSTUFF BRUNCH
The annual KidStuff Ladies Brunch was held on September 9, 2015 in celebration of the Ninth Year of this important ministry. The KidStuff ministry provides much needed assistance to children in all parts of the world, with special emphasis on providing scholarships to people interested in working with special needs children. KidStuff was the dream of Jean and Lamar Holley and the motto is “Helping Children Laugh and Families Love.”

GWINNETT COUNTY HISTORICAL SOCIETY
Herb Smith presented the September 21st program to the society. Herb is a member of the Society of the Honor Guard, Tomb of the Unknown Soldier and his program included slides of Arlington Cemetery and guards serving there. Herb retired from his service as an Honor Guard and he holds Badge 70. Herb now lives in Conyers, Ga.

NANCY ALLEN’S PIES
Nancy Allen will go on her tenth walk in the 3-Day Walk for the Cure which begins at Stone Mountain on October 16th and ends on October 18th. This is the 60th Walk and Nancy earns money to support her participation by baking and selling delicious pies—chocolate, lemon meringue, coconut cream and pecan are the choices. Nancy is an audiologist and she worked at the Atlanta School for the Deaf, now retired she spends many hours volunteering at her church and for the American Cancer Society. Thanks to Nancy for her generous spirit.

GWINNETT COUNTY RETIRED EDUCATORS ASSOCIATION
The first 1915/16 meeting of the association was held on September 18 at the Payne/Corley House in Duluth with almost 100 members attending. On October 16 a group from GCREA will visit the new museum in Flowery Branch, Georgia and the November meeting will feature an auction to raise money for the annual scholarships awarded by the association.

ROBERT NORTON HONORED BY AMERICAN LEGION
Jerry Rousselle Commander of the American Legion Post 262 in Lawrenceville and Post Adjutant Randy Fox honored Robert Norton for his service in the Air Force during WWII when Robert was a Prisoner of War in a German camp. The award was presented on September 18, the Air Force birthday which is also POW MIA (Missing in Action) Recognition Day.

Amanda Warbington is expecting a boy and she was honored on September 12, 2015 with a shower brunch hosted by Jan Harrison and Olivia Hodges.

NO LOCAL ELECTION IN LAWRENCEVILLE IN 2015
No opposition to Mayor Judy Johnson or to councilmen David Still and incumbent councilmen Tony Powell so there was no election.

In 1971 there was an election and Mrs. Joyce Weathers was an early voter.  Poll workers in Lawrenceville for the 1971 election were L-R Ray Blackwell, Hazel Edge, Frances Garner, Melna Smith and Voyd Freeman. 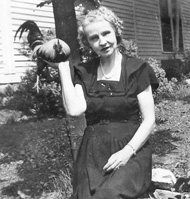 When Lawrenceville was a small town in the 1940’s Jackson Street was a street of homes and children often played in the street the traffic was so light. This lady lived in a house on Jackson Street and we called her Lizzie Green. She later married and became Lizzie Hamilton. Lizzie could tell great stories and we enjoyed knowing her. The photo was taken in the 1940’s and thanks to Judy Shaklee for sharing it with us. 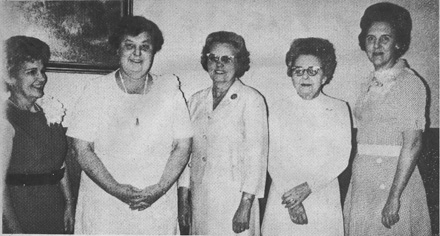