No Longer the Face 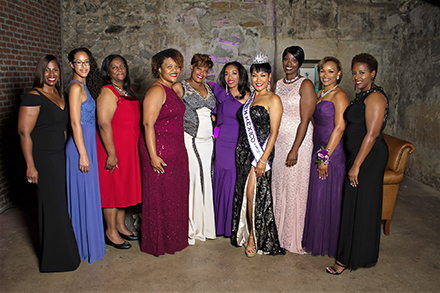 No Longer the Face Foundation is a non- profit organization based in Nocross, Georgia that assists survivors and victims of domestic violence – physical, emotional, and/or verbal – with resources and support to rebuild their lives.

“You may feel weak but within you is the strength to leave, within you is the strength to overcome and achieve what you deserve,” said Sheila Bailey, CEO and Founder, a domestic violence and sexual assault survivor. After developing an exit strategy, she bravely walked out of her abusive marriage with her two children on August, 22, 1999. “I call that ‘The Day’,” recalled Bailey. “That’s the day that my life began again.”

No Longer the Face Foundation assists survivors of domestic violence with resources and support.In 2013, the Buford native decided to return to school and during that time she met Fay Joseph, the Founder of Sister’s Circle, a philanthropic organization in Lawrenceville that provides community assistance and an array of services to those in need. After conversing with Joseph about her life, without sharing that she was a survivor, Bailey was invited to speak to the group of women. Bailey learned at the event that the women she would speak to were survivors as well. Touched by how the women were moved by her story, Bailey decided that she would finally come out about her past. She had her son take a photo of her and she posted it on Facebook, captioned, “Rape and abuse survivor.” “From that moment on, people reached out to me privately via email and messages to share their own personal stories of abuse, asking for help and guidance. When someone wrote to tell me that her husband beats her silently in the night, I remember getting angry, saying ‘We are no longer the face of abuse.’” This became the inspiration for the company name.  Bailey’s desire to do something was ignited and she knew she had to take action. The organization was conceptualized in October, 2013 and No Longer the Face Foundation was officially launched eight months later in June, 2014.

Since 2014, No Longer the Face Foundation has expanded, providing resources, promoting advocacy, and hosting community events that offer opportunities for action. Bailey is backed with the support of her Foundation’s Board - Necole F. Turner, President; Mona Bennett Johnson, Vice-President; Dana Rossell Perryman, Treasurer; Alex Le, Secretary. “Having a team of strong women who are passionate about your passion drives you. I am truly grateful for their support and belief in the path that I’ve been blessed with. Beyond providing hope and a voice for helpless victims of domestic violence, our vision is to tirelessly work toward the prevention and the elimination of these senseless abuses.” 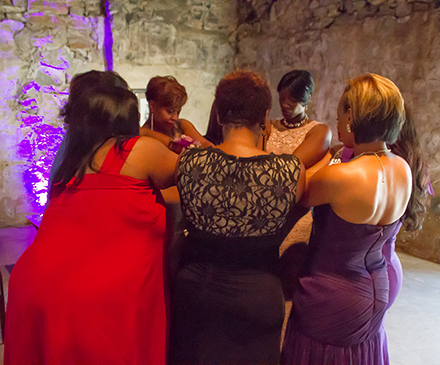 Sheila Bailey’s Circle of Accountability, an intimate gathering held with survivors and the Board of No Longer the Face Foundation. The women celebrated their stories – from victims to becoming victors. In this photograph, the women took a moment to pray. Hands entwined with purple ribbon show that each woman, although different, they are all connected. Bailey emphasized, “Regardless, if you were birthed in the same blood, you are a sister to every woman. It is by uniting together we can, together we will end domestic violence.” Bailey and No Longer the Face Foundation volunteers partner with local organizations and churches to help victims and host a variety of fundraising events throughout the year. “We also collect gently used purses that we fill with toiletries and personal care items for our Pack A Purse Project and distribute the purses to various women’s shelters. We are even connecting with similar international organizations in an effort to expand No Longer the Face Foundation worldwide.”

At the latest community event held on June 23, 2017, No Longer the Face Foundation distributed $2,000 to assist a local domestic violence organization and to support survivors who were struggling financially. “We awarded our 2nd Face of the Survivor award this year. It was such a difficult decision to select from the seventy nominations we received. All the nominees were amazing and we look forward to continuing to bless one woman with a story of survivorship!” Bailey added. The event is in its third year and has contributed to changing, empowering, and connecting women of diversity, uniting them as one.

The organization’s mission is clear – “We firmly believe the lives of women and children existing in the shadows of domestic violence matter. Our mission is to assist in saving the lives of those most vulnerable by providing support, resources and unified voice for survivors and victims of this widespread problem. In do-ing so, we aspire to promote community awareness and to foster hope by assisting victims in reclaiming a life of happiness, free from domestic violence.”

“God made me stand up and walk with purpose. I am humbled that He chose me and I will tirelessly continue to fight until He changes my path. If only one life is saved, I am being obedient.” Bailey shares her personal testimony on No Longer the Face Foundation’s website and in her autobiographical trilogy, Willow Silent Cries.

For more information, volunteer opportunities, a complete listing of commumity resources, events and fundraisers, or to make a donation to No Longer the Face Foundation, visit: http://nolongertheface.com.