A Close Shave in Snellville, Georgia 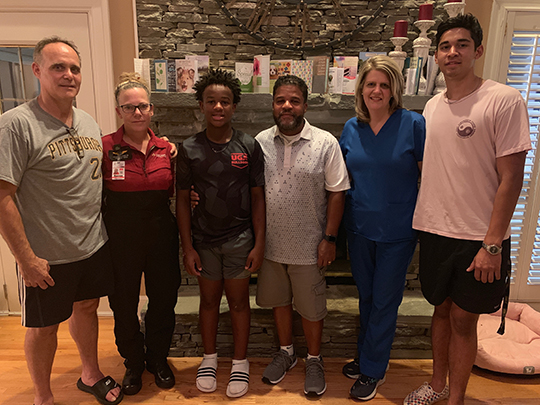 Survivors will often say that near-death experiences can bring out the best in people and reveal what’s really important in life — things like family, community, and faith.

That is the perspective John Newsome adopted after he almost drowned in his backyard swimming pool in Snellville, Ga. It was June 22, 2019, and John and his wife, Aprile, were hosting a cookout with one of John’s fraternity brothers. Everyone was laughing and having a good time, and no one noticed John hadn’t come up for air in over four minutes after diving in the deep end.

“We thought he was playing a prank on us, and we didn’t see bubbles. He was underwater for about four minutes before his fraternity brother [Anthony Jackson] realized something was wrong and dove down to save him,” said Aprile.

It turned out John had fractured his C3 vertebra and was immediately paralyzed from the neck down. “I couldn’t control my breathing, so I just started ingesting water,” John said.

The last thing he remembers before the lights faded was saying a quick prayer. “God, if I’m paralyzed, so be it, but don’t let me die this way in my backyard with my wife and kids and friends around me.’” It was his first instinct, John admits. 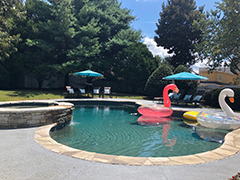 The Newsome’s backyard swimming pool in Snellville, Ga.Retrieving him from the water, Anthony placed John by the side of the pool and started doing compressions, while John’s 14-year-old son, Giovanni, began administering CPR. Aprile and their 18-year-old daughter, Sydnee, called 911, while Anthony’s wife, Channell, ran to the neighbors for help.

And that’s where the first of many coincidences worked in their favor that day. Still new to the neighborhood, the Newsomes had no idea they lived on the same street as two medical professionals — Tracy Salas, a Respiratory Therapist at Piedmont Atlanta Hospital, and Maureen “Moe” Kittner, a certified Critical Care and Flight Nurse at Angel MedFlight.

Tracy and Moe were the dream team, the very duo who would be called on in the hospital, and the two went to work on John immediately. “It was a long time, about four minutes, where he wasn’t responding, and we weren’t feeling a pulse. I was thinking, ‘He has to come back. This can’t happen!’” said Moe.

Then John woke up out of nowhere, feeling a bit disoriented. “He had us laughing then because he was asking questions and kind of making jokes like, ‘I can feel my feet!’” Aprile laughed. By the time the paramedics finally showed up to race John to Gwinnett Medical Center, they knew John was going to be okay. 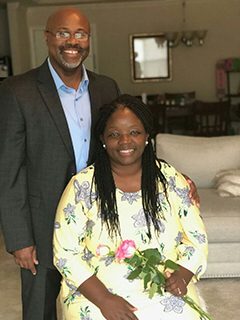 Anthony and Channell Jackson. The couple helped save the life of Anthony’s fraternity brother John Newsome. -- After receiving surgery a few days later, John was able to return home, where he experienced a steady recovery. While he still suffers from slight nerve damage, John is driving again and was able to go back to work on Monday, August 19th.

John credits his survival to his friends, family, and neighbors, all of whom who were there for him right when he needed them most.

“I am honest with myself, and I know it’s tough to hear, but I don’t think I would have made it without all the help,” John said. “I think, worse scenario, I wouldn’t have made it; best case scenario, who knows? Permanent brain damage from lack of oxygen.”

For all who were involved, emotional healing is still taking place. The first time John stepped in the pool after the accident, he experienced a flashback, smelling the salt water and chlorine. On some nights, Aprile relives the accident in her dreams. And Tracy from across the street admits she can’t help but stay on edge when she hears kids playing outside.

But more than anything, they’re thankful that they didn’t witness a tragedy that day in June.

“I think that things happen for a reason,” John said. “God may not control the things we do, but he certainly can control the outcome. I think there’s a reason why we decided to move here to this house and have neighbors like this surrounding us. It’s no happenstance.” 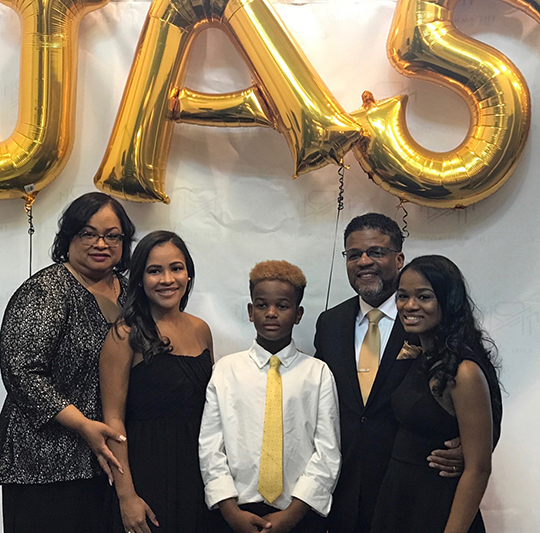 The Newsome family. L-R: Aprile Newsome, Teylor Newsome, Giovanni Newsome, John Newsome, and Sydnee Newsome, a senior at Faith Academy. Teylor, who lives in Atlanta, did not witness the accident but immediately rushed to the hospital once she learned what happened.