Why should you care about the ex-offender in your community? 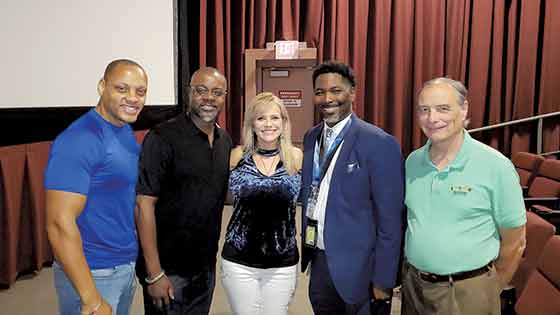 When it comes to tackling deep-rooted social issues, no single organization can do it alone. The Greater Gwinnett Reentry Alliance (GGRA) is a coalition of service providers in Gwinnett County that works to mobilize community resources — human, financial, and material — all with the purpose of reducing recidivism rates in the county and beyond.

As many in the GGRA know first-hand, there lies a mountain of obstacles to overcome in obtaining each of these resources. Offenders often face stigmas from neighbors, potential employers and even friends long after their release. With limited options to reenter society, many leave prison, only to return a few years later, leading to high recidivism rates in the state and nation at large.

“Why should you care?” asks Pamela Hillman, CEO and Founder of Lifechangers Legacy, an international jail and prison ministry. Pamela answered her own question, in the fashion of a true evangelist saying, “Because he told us to care and love like he loves us, beyond our mistakes.”

Lifechangers Legacy hopes to reach those leaving and currently in the justice system in an effort to reduce the recidivism rate – ideally, by 20 percent. To achieve that goal, Pamela, the organization’s founder and president and now an ordained chaplain and life coach, has created a four-phase program called “I See Me Free” to provide the necessary mentorship and incentivized therapy for those leaving and currently in the prison system and to take action to transform their lives.

Often, someone just needs a chance — an opportunity — to see another direction. Pamela understands obstacles that those leaving prison face because she did her own time, 18 months to be exact. Pamela regained her faith which her grandmother instilled in her as a child and began her ministry behind bars. She tells her story openly, without shame, and soon, her story will be brought to a movie screen through a partnership with a local filmmaker. Pamela hopes it will help humanize those who find themselves on the wrong side of the law.

To counteract financial obstacles for those returning, Lifechangers Legacy has launched an entrepreneurship program and partnered with a staffing agency and many others to better provide and equip those returning from prisons. Those involved will have access to transportation through their ride-share project called “Uplift”. To take care of material obstacles, the nonprofit is launching “Daughters of Zion”, a transformational housing program that will provide life skills and advancement opportunities to who pass the six-month milestone in the program.

Pamela admits that these programs are limited by the financial resources available. “Donations are the heartbeat of this ministry, and we always need mentors with the long waiting list of those incarcerated wanting their change through this program, case managers and house directors for our new transformational women’s housing program,” Pamela said. please contact me personally at 678-768-1978 or Learn more at https://www.lifechangerslegacy.org.

The need in Gwinnett County is great, and so is the drive of those in GGRA who have come together to intervene in what many consider a crisis. 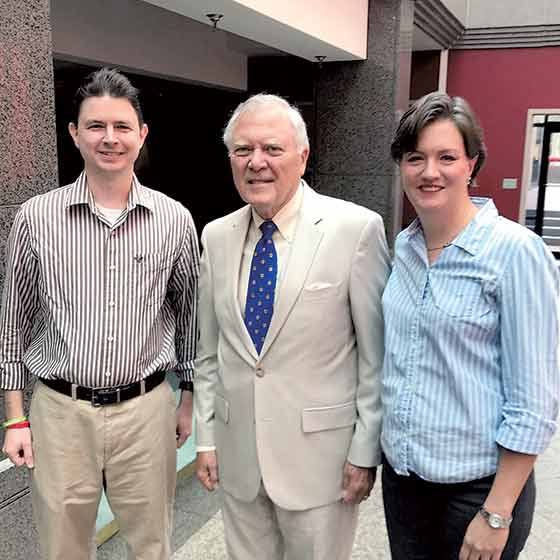 Greater Gwinnett Reentry Alliance Board members Brendan Spaar, Secretary and Rachel O’Dell, President, with former Govenor Nathan Deal at the Calloway Criminal Justice Reform Summit in Fulton County.
Some organizations take a spiritual approach when mentoring those in the judicial system. Others find a problem in the foundation of the system itself and fight to correct racial and systematic oppression that occurs in the legal system every day. Together, these voices are diverse, strong and emotive. It’s personal to everyone involved.

Partners who recently got involved with GGRA include NAACP Image Award-Winning Producer Tirrell D. Whittley and Zeus Luby, who appeared in the recently released film Brian Banks about a young football player who was convicted for a crime he did not commit. Falcons fans and those interested in understanding the struggle those leaving prison face every day may be interested in viewing the film about a young man’s perseverance and the help he received to defy all odds, clear his name and fulfill his dream of becoming an NFL Football player.

Luby shared the following post on his Instagram after the event: “I’ve truly enjoyed every appearance I’ve made on behalf of the @brianbanksmovie in promotion of its powerful and relevant message. But my last experience was the most fulfilling by far. My presence at the event was requested by @gwinnettreentry, an amazing organization that aids former inmates in successfully transitioning back into society through gainful employment, transportation, and housing. Around that same time, one of the mentors I provide guidance for in the @stop_recidivism program, reached out to me for assistance in helping a young man who was recently released get on his feet. In a blessed coincidence, this young brother happened to reside within the jurisdiction that @gwinnettreentry services. So, I had my program mentor bring his mentee to the special screening. We were able to connect him with the @gwinnettreentry team, and he’s well on his way to a stable and more successful future, which will drastically reduce the likelihood of him reoffending and going back into the system.”

“What is freedom?” is a question the film prompts viewers to ask themselves. For many who leave, life after prison offers a mere shadow of freedom. The GGRA relies on the community to make its programs successful. These problems are not restricted to a single demographic or region — they are at the very heart of the community.

GGRA Board members encourage citizens to take pause and empathize with those leaving the justice system and consider lending their support by volunteering, donating, providing employment opportunities or just having a conversation to show respect for their fellow man. In an interconnected world, there’s no telling how far these acts will ripple.