Lawrenceville restaurateur responds to health crisis by helping others 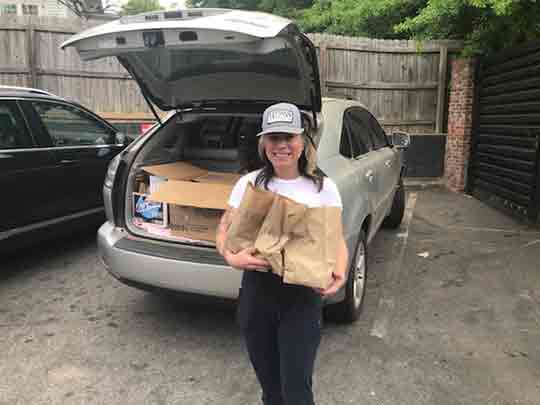 Bruce Kennedy is a busy man, and many Gwinnettians know him, though they may not be aware of all that they do today. Kennedy is one of the partners who owns Universal Joint in Lawrenceville. This popular eatery on the Lawrenceville square has been hit hard by the coronavirus health crisis, as have so many other restaurants. 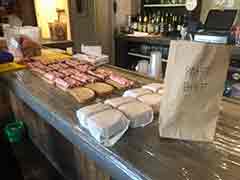 UJoint sandwiches being made for healthcare workers at Northside GwinnettWhile even the large chains have felt the effects of the pandemic, smaller businesses like U-Joint have been clobbered, all but shuttered until the coast is considered clear, nationwide. Indeed, many individually-owned restaurants have succumbed to the enormous economic pressure and closed their doors for good.

Kennedy himself wrestled with the options, feeling the noose tighten as circumstances changed daily, even hourly. "All of this happened slowly at first. We heard about a virus over in China, but we weren't too worried about it back in December. Then it hit here, and we learned that close proximity to other people was potentially dangerous. Restaurants were told to decrease our dine-in capacity to fifty percent, but that guideline only lasted about three days. Then, we were told to offer pickup or delivery options only to our patrons," Kennedy recalled, though he had already decided to go that route on his own.

"I felt good about our patio seating. I felt comfortable out there, that the distance was good. But I knew that the indoor seating was going to be a problem for restaurants everywhere," Kennedy said. On the drive home one evening, in the midst of all the rapidly evolving mandates handed down by local, state and federal government, Kennedy stopped at a supermarket to pick up a few things.

"I realized I was touching things, and people in the store were very close to each other. I just wasn't comfortable," he said. And that's when a sobering reality dawned on him; he knew that he had two choices – shut the restaurant down and lose a lot of money and many jobs, or keep it open and lose less money while saving his employees' jobs. A resilient entrepreneur and small business owner, Kennedy pivoted, deftly adjusting his business model. He saw a need, he felt a responsibility to his staff, and he loves his restaurant and his customers. 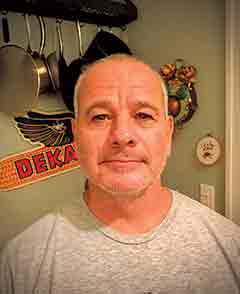 Bruce Kennedy, one of the owners of Universal Joint in Lawrenceville"I thought to myself, 'Hey, I can get things like ground beef, cheese, eggs, toilet paper, paper towels and other things as a restaurant owner. I can help others get them, too.'" So Kennedy called his suppliers and told them that, for a while anyway, his orders were going to look a little different, and they have obliged. Today, he gives customers the option to purchase these pantry items from him, stress- (and germ-) free.

Universal Joint still offers full menu with curbside pickup, and the entire process is "touchless." Customers can go to the website (www.ujlawrenceville.com), decide what they'd like off the menu, choose family meals from the Market Menu, and order pantry items and household staples, as well. Once the customer has chosen all the items for their order, they simply call the restaurant at 770-299-1898, place the order, specify a pickup time, pay over the phone (unless paying with cash), and show up at the specified time. A staff member will bring the order out and even place it in the car, all while keeping a safe distance.

"I don't offer delivery through GrubHub or Uber Eats, and I decided that for a reason. It's not that I have anything against their business models. I just believe that people need a reason to get out of the house, maybe take a night off from cooking dinner, and even if it's from a distance, see some friendly faces at one of their favorite eateries. It's important, especially during these uncertain times," Kennedy said.

"It took a few days for people to understand all that we were offering but once they did, business has picked back up. It's been a good thing, for us and for our customers," Kennedy said, the emotion evident in his voice.

Changing his business model to keep the doors open and save jobs might have been enough for most business owners, but not for Kennedy. During these challenging and often frightening days, he knows that there are real heroes who are working to save lives at the risk of their own. "I knew I had to do something to help and to say thank-you to the healthcare workers, true heroes in this time of crisis. Facing possible financial difficulty myself, I had no idea what I could do or how I could do it, but I knew I had to do something," Kennedy said. And then he got an idea. 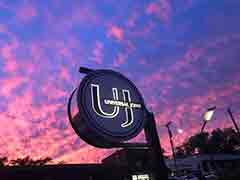 Using Facebook, he asked people for donations. "For ten dollars each, I knew we could provide a good lunch for healthcare workers over at Northside Gwinnett," he said. And the donations began to come in – a few at first, then a few more, and then more. Recently, the new hotel owner in Lawrenceville pledged to cover lunches for healthcare workers at the hospital for two days. Other businesses and individuals are stepping up to say "thanks" to these heroes by donating through U-Joint for their meals. The notion is beginning to catch on, and now people can donate simply by calling the restaurant at the number listed above and pledging $10 for one lunch, $20 for two, etc. Patrons can place their meal orders, market orders, and pantry orders, and donate to the hospital lunch effort at the same time.

"We don't know how long this lockdown and health crisis will last, but I truly hope to be able to deliver these meals to the hospital every day that they're needed," Kennedy said.

Not to worry, incidentally. Kennedy and his staff are meticulous about the food preparation and packaging process, sanitizing surfaces several times daily. He and his staff package hospital meals separately after sanitizing everything, right down to packets of condiments (they follow the same procedures for customers, too). Currently, Kennedy is able to deliver meals to the hospital twice daily, morning and late afternoon. Every time, he is greeted with fatigued smiles and expressions of gratitude.

"I'm thankful for our customers, for this terrific community, and for those working tirelessly to heal others. We'll all come out of this better and stronger. I believe that," Kennedy said.