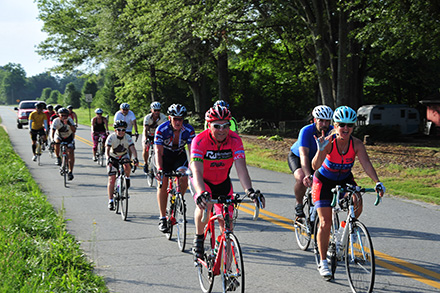 The 3ft Law
What it means to drivers, cyclists, horseback riders, runners, and anyone who shares the road with motorized vehicles
By Beth Volpert-Johansen

Increased interest in the hobby of cycling has created a community of enthusiastic cyclists who gather to ride in groups all around Gwinnett County on any given day.

Sharing a sport that naturally combines community, fitness, and camaraderie leaves riders with a sense of belonging to something larger than themselves. 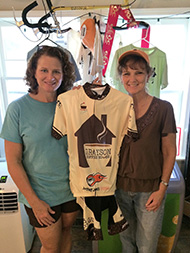 Supporting the riders by providing a starting point and a meeting place is just one of the many community outreach events listed on the Grayson Coffee House calendar. “It is a perfect partnership,” says Cindy Bruce, one of the owners of the Grayson Coffee House. “We want the coffee house to be more than a place that sells coffee; we want people to hang out with the people in their community and the riders do just that.” The coffee house is also a sponsor on the “kits” that riders wear on their weekly local rides.

In addition to the Facebook page, a website is in the works with the goal being a platform to potentially identify aggressive drivers. Most riders are equipped with forward and rear-facing cameras that record the action of each ride to promote safety. "People on bikes have encounters with all sorts of aggressive drivers, we get items thrown at us, run off the road, yelled at, and in worse case scenarios hit by cars."  "We want an avenue to educate drivers and people on bikes about the 3 ft law and any other ways vehicles and people on bikes can coexist safely."

A League of American Bicyclists infograph shows Georgia’s commute to work rate has increased by up to 69% since 2005, however, a report by The Alliance for Walking and Biking (massbike.org) indicates that Georgia is still extremely low on the list for supporting biking as a mode of transit. With bicycling on the rise and support for riders remaining relatively low, the members of the Grayson Cycling Club are pressing for more education on how riders and drivers can share the road. John advocates a common sense approach. “We have aggressive drivers who don’t want to share the road with other drivers, let alone people on bikes.” Chris adds, “Personally, if I could change just one question on the driving test, it would be: ‘Do you know what the 3ft Law is?’”

Their current goal is to have Gwinnett and Walton Counties help them spread the word about “The 3ft Law” and what it means to drivers, cyclists, horseback riders, runners, and anyone who shares the road with motorized vehicles by providing more signage indicating the 3’ space. 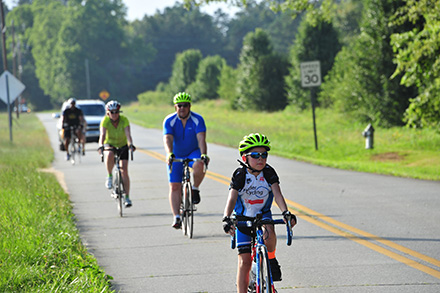 According to the Georgia Department of Driver Services, “Bicyclists are legally entitled to use every road in Georgia except the interstate highways”. This being said, the law, in GA State Code 40-6-56, further says, “Motor vehicles must provide at least three feet of safe passing distance when overtaking a bicyclist.” All the legalese aside, sharing the road is not only courteous, it is the law. “We don’t want drivers to think we don’t have responsibilities,” says John Coyle. “Pass us like you love us.” In a show of support for the cycling community, Gwinnett County Chairman, Charlotte Nash issued a statement saying, “Later this year, Gwinnett will begin the process of developing a new long-term Comprehensive Transportation Plan. The plan will include bicycle and pedestrian elements that will address safety and mobility for cyclists and pedestrians.” Chairman Nash also encourages residents to participate in the upcoming stakeholder meetings. 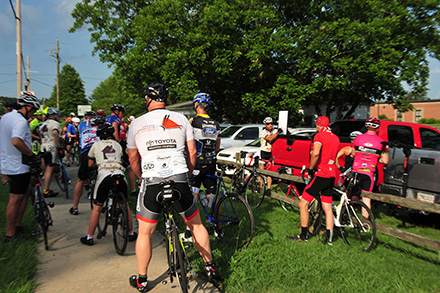 John Coyle giving a safety talk and instrucitons to the cyclists on a Tuesday evening before they set out to ride.

In the meantime, the cycling club will continue to advocate for bicycle safety. “One of our unspoken rules just comes naturally,” says David Walker. “We try to pick the roads less traveled.” Riding as a group, carefully choosing the time of day, and “acting like a car” are all parts of a well-planned ride. 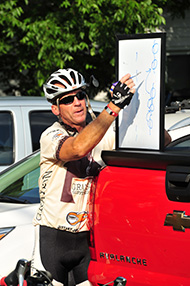 For John, a 10 year cycling veteran, it is personal. Having survived a serious wreck with a car, John is more than determined to press for more signage, education, and advocacy along with the support of his fellow cyclists. “Hopefully, we come across as passionate about the sport,” says John. “We want it to be safe for everybody...we are a small guy vs. a car... you know who will win there.” His friend, Alex Fiero agrees. “Right now, there is no conduit for proving a driver was aggressive,” says Alex. “We are hoping to build a platform for reporting using video as evidence and solve the problem with technology.”

Sharing information with new and experienced drivers is crucial for the safety of all concerned. At www.GeorgiaBikes.org, suggestions, rules, laws, and events can be viewed. The old adage “You never forget how to ride a bicycle” seems to be the rule of thumb for many new cyclists just rediscovering the joys of peddling down the road under their own power. Joining a group can improve skills quickly and provides a level of safety higher than going it alone. Plus, if you head over to the Grayson Coffee House on a Monday or Tuesday at 6:30, you can grab a cup of Jittery Joe’s before you head out.

The county suggests if cyclists or anyone else sees an immediate need on one of their routes, they can submit a service request by phone at 770.822.7474, by email at DOTServiceRequest@gwinnettcounty.com, or through the county website at www.gwinnettcounty.com. Drivers and cyclists can also find bike-safety tips and road-sharing information on the county website and in the County Connection Newsletter. 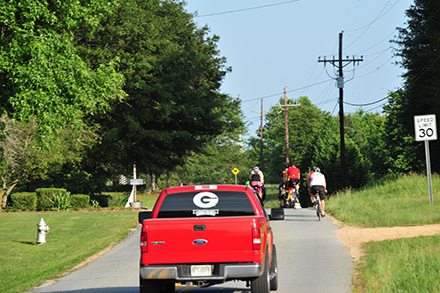