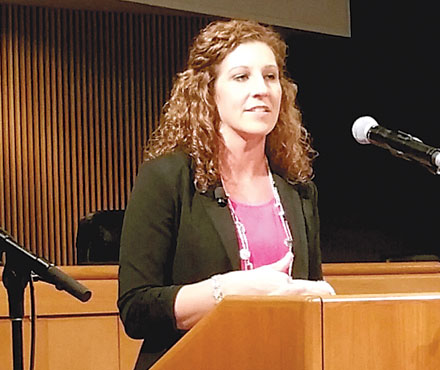 Ashley Smith Robinson, known to the world as the woman taken hostage by courtroom killer Brian Nichols in 2005, was the guest speaker on a recent Friday night at an event in the Gwinnett Justice and Administration Center. 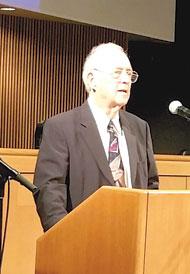 Russell Gray, GGRA’s Vice President of Promotions and a member of 12Stone Church, is deeply involved with the initiative, which is proving to be successful in the county. A hands-on volunteer, Gray ministers to prisoners, helping those just released from jail to find a temporary place to live and whatever resources they may need to adjust to freedom. It’s not as easy as it sounds. Reentering citizens, as GGRA prefers to call former inmates, often need basic assistance simply to function outside the rigid structure of prison.

“Think about it,” said Jay Sanders, Deputy Director of the Governor’s Office of Transition, Support and Reentry. “Someone who has been in prison for twenty-five years probably doesn’t even know how to use a cell phone or send an e-mail. Today, these are a part of daily life. Someone has to teach them these things in order to apply for a job.” Inmates who are indigent or homeless, and inmates who struggle with mental health issues, also need help to successfully reenter society. 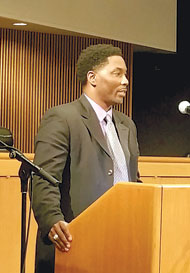 Gov. Nathan Deal has supported reentry programs throughout the state, believing that a support system is necessary in order to reduce the recidivism rate, which hovers around 30 percent statewide. According to Sanders, Gwinnett’s recidivism rate is down to 6.72 percent. “GGRA is a model for the rest of the state, and now for other states,” Sanders said.

As a former probation officer, Sanders’ job was to catch people who were doing wrong and put them in jail. “I was very good at my job. Then one day, I realized that we can’t put everyone in jail. We can’t build prisons fast enough for that. My mindset changed, and I understood that reentry programs are the answer. That is why there is a groundswell movement throughout the country to build reentry programs.”

Ashley Smith Robinson, who by her own definition is an accidental angel, has traveled the world since her ordeal with Nichols more than 10 years ago, telling people about the value of a second chance. However, she is not referring to Nichols when she talks about getting a new lease on life. She is talking about herself. An admitted drug addict who had lost custody of her seven-year-old daughter because of her drug abuse, she was starting to get her life back on track when Nichols took her hostage right as she opened the door to her apartment that early morning in March 2005. “I was looking down the barrel of a gun, and he told me that if I was quiet, he wouldn’t hurt me.”

During the 7 hours that Nichols held her hostage, Robinson asked to read pastor Rick Warren’s book, “The Purpose Driven Life.” She had been reading the book to help her in her struggle to rebuild her life. Nichols agreed, as long as she read the book aloud. It was during that 7 hours that the two developed a bond of sorts, one that would ultimately save her life. “I still had drugs in my apartment, though. I had used the day before. He asked me if I had any drugs, and I told him that I did. Even as I said the words, I thought that I had just sealed my fate. If it made him as crazy as it made me, I knew he’d kill me.” 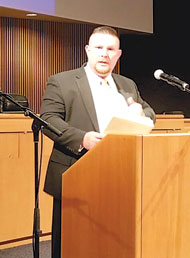 As Nichols used the “ice” (crystal meth), he asked his hostage each time to use it with him. She told him “no” every time.  “My life changed forever when I said ‘no’ to the drug that had ruined my life. It was at that point that I accepted Jesus Christ into my heart. It was instant, and I have never touched that or any other drug since,” Robinson said.

Robinson spent time with female inmates at the Gwinnett County Detention Center Friday morning. She talked to the women about second chances. A worry the women voiced repeatedly was the fear that their children would hate them for being absent from their lives. Robinson said that her daughter, now sixteen, has never once expressed hatred for her mom because of her absence when she was younger. “I told them that I doubted that their children would hate them, either.”

GGRA gives people who made terrible mistakes second chances. The organization strives, through kindness and targeted resources, to give the community productive citizens, and therefore fewer victims of crimes. GGRA may be the best answer that society has to the question, “What do we do with those who can’t co-exist with others without committing crimes?” GGRA, and other programs that strive to emulate GGRA, bring together law enforcement, the justice system, the faith community and everyday citizens to give a hand up to those who need one.

For more information about GGRA, and to donate financial assistance or become a member, visit www.gwinnettreentry.org.