Maureen Kelly: a hero amongst us 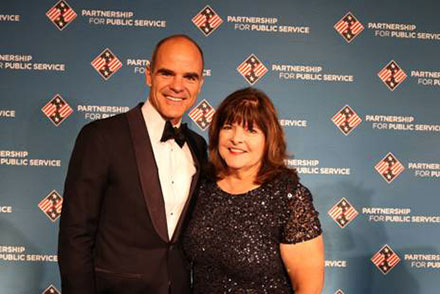 Maureen Kelly: a hero amongst us

Maureen Kelly is one of those rare women who proves that you can have it all – a family and a career. It just doesn’t have to be at the same time.

“It’s the level of social services  in which you work with the community as clients in planning and organizing,” Kelly explained.  It interested her immensely and after doing her internship at the Atlanta Regional Commission (ARC) Council on Aging under Schramm’s supervision, she went to work for her after graduation.

For the next 23 years Kelly worked in administration and coordination of services for seniors where she was responsible for programs in the areas of advocacy, marketing, development, employment and public/private partnerships.

Schramm, now retired from her position as Director of the Area Agency of Aging is still a great admirer of Kelly.

“From the minute she came to work with us she made things happen,” Schramm marveled. “She has an amazing work ethic, passion and dedication to all she does  and has a great attitude and sense of humor.

“And then her wonderful idea about the Thanks Mom and Dad Fund gave all the opportunity to thank their parents and distribute money across the state.”

Kelly explained that it is called the Thanks Mom & Dad Fund® because honoring the older person is the centerpiece of the Fund.  “Generation-to-generation, it honors parents, grandparents, and mentors, those who came before us, while supporting aging programs and services,” she said.

“We had come to realize that with the Boomer generation beginning to gray, it was causing a dramatic demographic shift and we were searching for options to create additional resources,” she recalled.  Established as a 501(c)(3), the fund offers opportunities to raise money to fill gaps in services offered by traditional services.

Kelly added that as a non-profit they could make funding available to a broad number of aging programs, and to eventually have the capacity to grow into a statewide foundation and, long-term, into a national foundation specifically designed to support services for the elderly.

“It’s distinct in that it brings an integrated effort with thought leaders in the aging network working with practice specialists and partners in both traditional and non-traditional settings,” she added. “It is pinpointing the most urgent needs in Georgia in tandem with a vast array of professionals in the aging network and brings a value-added focus of expertise. 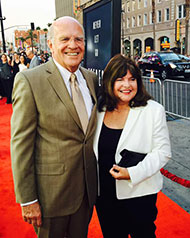 “Seniors don’t complain. They will be on waiting lists for years,” she said, explaining that through the Mom and Dad Fund a senior can get grants for emergency services while awaiting Medicaid approval for needs.

An example she gave was providing education for a senior lady on how to control her finances so she wouldn’t get in the difficult situation she had found herself in after overspending.

Through grants and their major fundraiser, Kelly says they have been able to make six to seven grants a year across the state annually.

Though she retired about a year ago to have more time to enjoy their grandchildren, Kelly is staying active. In June she was appointed by Governor Nathan Deal to the ARC Council on Aging. She also is president of the Thanks Mom and Dad Fund. As such, she works with the Thanks a Million Gala, their annual fundraiser, which will be held at the Marriott Marquis on November 10. In addition to raising money for programs, the focus is on the older adults in attendance, including honoree, The Honorable Sam Massell.

“We want to go over the $100K mark this year,” she stated. “We’ve come close before but this is the year we want to seal the deal.”

And seal it they may with some of the silent auction items they have acquired, including an all-expense paid visit to the Netflix House of Cards set with Kelly’s son, actor and star of the show, Michael Kelly as host.

Michael Kelly also will serve as MC of the event with WSB’s Jocelyn Dorsey.

But this is not the first time the two Kellys have shared the spotlight. In September Michael Kelly had the honor of presenting his mom with the 2016 Women’s Institute for a Secure Retirement (WISER) Hero of the Year Award for her role in advocating for older people and her 16 years of working with WISER.

During his heartfelt introduction to his mother he called her “the most selfless and inspirational woman I know, someone who I have always been proud to call my mom.”

“Some of the work I did during my years at the ARC had to do with older adults in the work force dynamic with WISER,” she said. “Traditionally, as homemakers, women especially were not responsible for financial support so I helped with educating them about their finances and preparing them for a much longer time of retirement – living 30 years and beyond.

“Because of that I was nominated and was very honored to receive the award. When Michael presented it he got emotional and so did I. I didn’t expect that.“ (Watch the video at http://bit.ly/2e8gKRk.).

Now she moves on to the third phase – that of enjoying their nine grandchildren and a well-earned retirement with Mike who retired from Richo.  And she can relax in her retirement knowing that she made and is continuing to make a difference in the lives of so many. She is, indeed, as her award confirms, a real hero.

“Maureen has made an impact not just across the local community but across the state and the nation,” Schramm concluded.  “I have nothing but admiration for her.”

To find out more about the Thanks Mom and Dad Fund or to register to attend the Thanks a Million event to to www.thanksmomanddadfund.org.