Tom M. Wages Funeral Service, LLC, a family company, is always trying to be a good steward in Gwinnett and surrounding communities.

The first Tom M. Wages Funeral Home opened in Lawrenceville, Georgia in January 1949. Located on Pike Street in a former family dwelling on the Historic Lawrenceville Courthouse Square until 1963, the business relocated to its current site at the corner of Scenic Highway and New Hope Rd. which also houses their pet crematory, Peachtree Pet Crematory. In May, 1984, the second Tom M. Wages location opened on Highway 78 in Snellville, Georgia. Peachtree Cremation was the third location of Tom M Wages to open in Conyers. A new fourth location in Covington provides services to Newton County and the surrounding area.

Founder, Tom M. Wages, Sr., was a revered funeral director and his reputation as a caring, compassionate, and devoted professional was widely recognized. He enjoyed serving families and his legacy continues to be honored to this day. 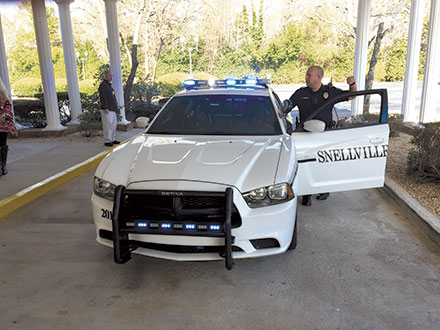 Tom M. Wages Funeral Home provides a myriad of community services. “We have been working with the Lawrenceville Police Department and the Snellville Police Department on several programs, and they have been a blessing. We have had a self-defense course, active shooter courses, and outreach programs geared towards positive interaction with law enforcement,” stated Tracy Ahearn, Director of Public Relations.

“Our goal as a staff is not only to serve our families, but to support our community. Tracy has opened up new opportunities to allow us to strive to meet that goal,” said Rick Johnson, CEO. 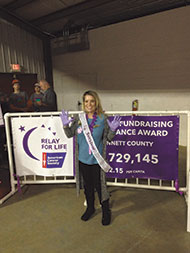 The funeral home has partnered with several local restaurants and coffee shops as a team called ‘Wages Warriors’ to raise money and awareness for Relay for Life®. Relay for Life is the signature fundraiser cancer walk for the American Cancer Society and the Gwinnett relay is the largest in the country. They even have an ongoing “Pay it Forward” campaign where they randomly pay for people’s checks at restaurants and ask that the recipient, in return, pay the gesture forward in the future.

Tom M. Wages Funeral Home provides a Santa Shop for Creative Enterprises, a 501(c)(3) non-profit organization in Lawrenceville, Georgia dedicated to assisting adults with disabilities and others with barriers to employment by maximizing their social, vocational, and economic potential and independence. 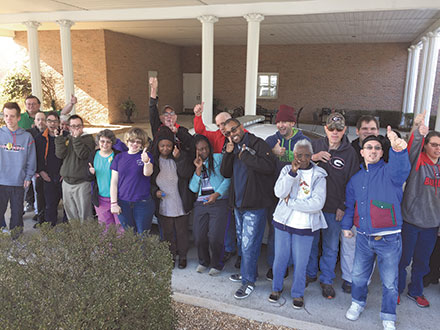 In addition, the funeral home supports local fire departments, Co-Ops, and even distributes hospice and nursing caregiver awards. “We try to stay active in the community and are involved in several networking and outreach groups like the Gwinnett Chamber of Commerce, Heart of Gwinnett, Greater Eastside Chamber of Commerce, Netlinks and host the Lawrenceville Chapter of North Gwinnett Business Connection on Tuesday mornings, as well as others,” added Ahearn.

This year is a busy one for Tom M. Wages Funeral Home. On Friday, March 10, 2017, they presented a check on behalf of the Tom M. Wages Grant, a grant that promotes the love of learning in the field of science, to the Archer Foundation that will benefit Cooper Elementary School and Harbins Elementary School from the Archer School Cluster. Later in March, the funeral home took part in the Dogwood Forest Senior Expo at the Bethesda Senior Center and participated in Snellville’s Spring Green.

Mark your calendar!
Tom M. Wages Funeral Home will be participating in the following upcoming events:

Saturday, April 29, 2017 - There will be a balloon pop and photo booth contest at Grayson Days to raise money for Relay for Life.

Tuesday, May 9, 2017 – The Lawrenceville location is hosting a blood drive with the American Red Cross from 2-7pm. Visit www.redcrossblood.org and use the sponsor code “tomwages” to reserve a time slot.

Friday, May 12, 2017 – Team, Wages Warriors, will be walking in Relay for Life held at the Gwinnett County Fair Grounds. Wednesday, July 19, 2017- The Snellville location is hosting a blood drive with the American Red Cross from 2-7pm. Visit www.redcrossblood.org and use the sponsor code “tomwages” to reserve a time slot.

Ahearn outlined additional community events where the funeral home will have a presence. “We will be at concerts and movies on the lawn this summer in Lawrenceville and Snellville as well as a half a dozen other festivals and events.”

Looking for a community room to host an event? “Our community rooms at the Lawrenceville and Snellville locations are free and can be reserved for public use. Bunko groups and various business organizations and networking groups have utilized them. We are always looking for new ways to outreach as well develop new programs for the community,” said Ahearn.

The community is invited to tour any of their four facilities between the hours of 8:00am to 5:00pm daily.