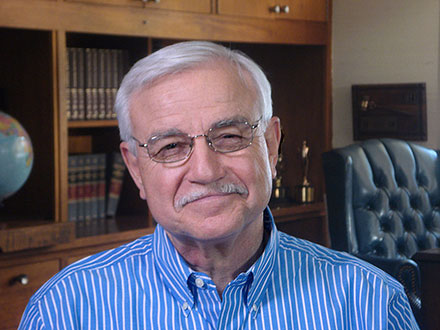 “I’m at my wits end. Why don’t they understand how I feel?”

“How is this person incapable of working in a team environment?”

“Why are they so quick to blame others and aren’t capable of owning their mistakes?”

“I don’t want to work with this person. They are inflexible, quick to judge, fly off the handle, and are insensitive.”

The term, “emotional intelligence”, is attributed to A Study of Emotion: Developing Emotional Intelligence by Wayne Payne (1985). However, the word has been referenced in literature as early as 1966. It wasn’t until Daniel Goleman, a former writer for The New York Times, published, Emotional Intelligence. Why It Can Matter More than IQ in 1996 that the term gained recognition. His book quickly became a best-seller, providing insight on how intelligence is shaped; neuroscience and psychology served as the foundation. 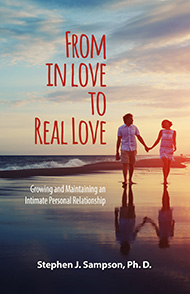 Pictured: From in Love to Real Love, Dr. Steve Sampson discusses how to grow and maintain an intimate personal relationship. (Release date, July 2017).

1) Self-awareness – Able to understand your emotions, strengths, weaknesses, goals, and values, and recognize your impact on others while using intuitive “gut” feelings to guide decisions.

2) Self-regulation – Capable of managing disruptive emotions and impulses (i.e. like interrupting to interject your point of view) and are flexible to change without reaction.

4) Empathy - Recognize, understand, and consideration for other’s feelings by listening to another’s point of view and finding common ground for understanding.

5) Motivation – Self-directed to achieve, your internal (intrinsic) drive and ability to set goals.

According to Goleman, emotional skills aren’t innate, but rather learned, and must be honed and developed. Individuals are born with a general emotional intelligence that can determine their potential for learning emotional competencies.

For those who lack or have low emotional intelligence, it can negatively impact their lives, both personally and professionally. These individuals may not recognize that they are being insensitive, can be difficult to be around, and are quick to react with anger and frustration when they are not immediately understood. They fail to see that the problem is based in their style of communication, not with the individuals around them. Individuals with low emotional intelligence don’t tend to care for the people around them, preferring to see them as just someone who carries out a task. They are easily bored with conversations and distracted at meetings, unless the topic directly affects them. Self-awareness and self-control are necessary in order to break the cycle of frustration for all involved.

In an interview with Dr. Sampson, he shared his professional insight about emotional intelligence. “First, you must understand what emotional intelligence is; it’s the ability to identify the emotions you are experiencing, regulate them without medications, and be able to identify the emotions in other people in their current emotional state. People have six basic universally recognized emotions: anger, fear, sadness, happiness, disgust, and surprise. Social skills and mature emotions, such as shame and love, are learned.” 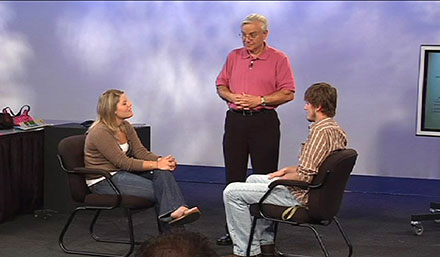 Emotional intelligence is an essential communication skill-set that is taught and practiced.

Dr. Sampson described how communication flows through three channels; face, voice, and words. “People must learn the skills to control facial expressions and voice tones, and be able to interpret the same in the other person they are communicating with.”

Genetics also plays a factor in communication style. Behavior – verbal and non-verbal – can trigger strong emotions which triggers chemical responses in the body. “The epigenetic effect, or behaviors learned by modeling others - those traits are transmitted via DNA to the next generation.” Dr. Sampson referred to the almost seventy-year old longitudinal research study of a Russian geneticist, Dmitry Belyaev to domesticate the fox. While dogs were domesticated by humans thousands of years ago, Belyaev demonstrated through his research that he was able to breed out the aggressive temperament of the fox by the fifth generation. Although he passed away in 1985, his project is still ongoing. Dr. Sampson pointed out, “If the trait to be aggressive is caught early and training is initiated at an early age, then the brain will develop differently and create different responses.”

Dr. Sampson believes that emotional intelligence should be taught to children early, as young as one year of age. “We teach kids to count, know their colors, recite the ABC’s, but we aren’t teaching them how to interact socially with each other. We must teach emotional eloquence formally like we do other subjects in the classroom.”

How does one effectively manage, motivate, and communicate with those who have not cultivated their emotional intelligence quotient?

“This skill must be taught, learned, and practiced. While socialization and genetics play a factor, other emotionally damaging factors such as depression or Post Traumatic Stress Disorder (PTSD) can affect the ability to emotionalize. Some may not be able to find the coping skills within themselves and therefore, turn to medications, illegal drugs, or alcohol in an effort to suppress and numb their feelings,” explained Dr. Sampson. When one gets emotionally stuck and is unwilling to change, then the consequences of their actions may lead to poor performance reviews, job loss, the inability to maintain friends and relationships, or divorce.

The culture of social media can also have a negative impact on emotional intelligence. Social media provides an environment that is quick to judge, bully, and provoke emotions. Alternatively, the user has a choice to use their words in a positive and constructive manner and to practice empathetic listening; the choice is theirs to make. “A gentle answer turns away wrath, but a harsh word stirs up anger” (Proverbs 15:1). 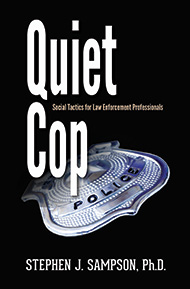 We are finding ourselves immersed in a culture where we walk into a room and find all heads bowed as people poke, press, swipe, and type while on their electronic devices or lap top computers. The ability to communicate and socialized effectively with each other is through eye contact, speech, facial expressions, and body language. It is not what we communicate, it is in the how where the message is either received or lost.

To learn more about Dr. Steve Sampson, his recent book, The Quiet Cop - Social Tactics for Law Enforcement Professionals, or to obtain a copy of From in Love to Real Love (coming out in July, 2017), visit: www.drstevesampson.com. 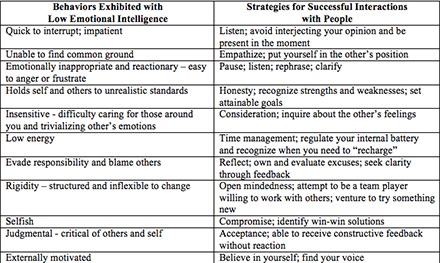