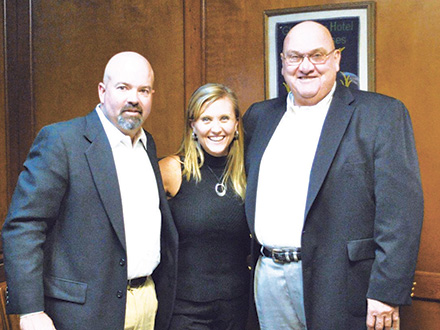 Steve Thompson, the longtime head golf coach at Brookwood High School, shudders to think what he and his teams would do without Van and Don Britt, the owner and general manager, respectively, of Summit Chase Country Club.

All virtually free of charge.

“I just can’t say enough good things about Don and Van and all of the staff and members at Summit Chase,” Thompson said. “They have never, ever had us wait, and they host two tournaments on Saturdays – on Saturdays, their busiest golf days – every year.

“I can tell you this, they bend over backwards to support junior golf and the high schools in the area. Whenever we’ve asked for anything, the answer has always been, ‘Yes, yes you can.’ It’s just been unbelievable for us.

“Sometimes I feel guilty about all that they’ve done for us,” Thompson added. “They’re not short-sighted like a lot of the corporate clubs. They understand that these high school kids will be joining country clubs someday. Now, it may not be their club, but it will be a club. Van and Don really put their money where their mouth is.”

For the Britts, members of one of Gwinnett County’s oldest and most prominent families, the Summit Chase staff and members, it’s not about being generous at all. In their minds, it’s about doing what’s right, for their club, for their members, for youth sports and, most importantly, for their community.

“We just try to get kids involved, because if they’re involved and they know there are some people who care about what they’re doing … the main reason, from my standpoint, is it gives them something productive to do and it keeps kids from doing other things that might not be the best things for them to be doing.”

Added Don Britt, Van Britt’s son who manages the day-to-day operations of the club, “It’s just one of our philosophies – and it started with my dad – and that’s to give back in any way we can.” 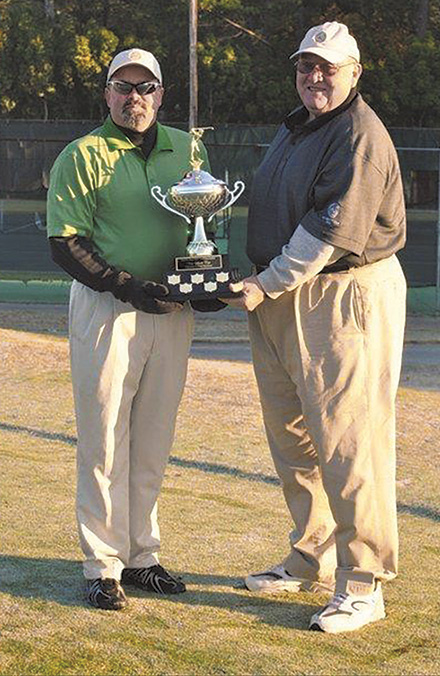 As impressive as the Britt’s generosity with their facilities is the understanding of the Summit Chase membership. Especially the golf members, who, if the truth be known, can occasionally be prickly when it comes to tee times and their precious availability.

Summit Chase regularly reserves tee times for the high schools at 3:30 PM on Tuesdays, Wednesday and Thursdays. For working folks, those are prime tee times to get in a quick nine holes or to play a full 18.

But according to Don Britt, the Summit Chase members are more than understanding of what the club’s philosophy is when it comes to young golfers, swimmers and tennis players.

“They know that these tee times on Tuesdays, Wednesdays and Thursdays, (the high school teams) have the times for about an hour. Now, we move them around sometimes, but our members have come to understand that if you don’t let young people learn to play golf, there will be nobody to play golf in 30 years.”

At Brookwood, Thompson makes sure that his players under-stand how fortunate they are to have a place as fine as Summit Chase to open its doors to them. And that when a person or entity extends such largesse, it’s vital to not only give thanks but to also help repay their charity.

“One of the things we do is we have a work day when we go to Summit Chase and pick up all of the broken tees on the tee boxes, we pick up divots, we pick up pine cones and we dig out range balls,” Thompson said. “It’s important for kids to realize how fortunate we are and that we need to give back to the club.”

Along with the joy he said he receives from being able to provide a quality place for local high schools to practice and play golf, Van Britt gets more joy from seeing his course littered with people young and old who have come to love golf almost as much as he does.

“We’ve been here so long that we’ve got members here that I watched grow up and now their kids are out here playing in high school tournaments,” Van Britt said. “I just saw one yesterday afternoon. I thought, ‘You know, that kid has got a really good swing.’ I was watching him on range, but I couldn’t tell who it was so I road cart over there to get closer saw that it was one of our member’s grandchild.
“Now, I watched his daddy when he was little and his daddy is now a member, so his son is just one more kid that’s part of our golf story.”

And what a heartwarming story it is.