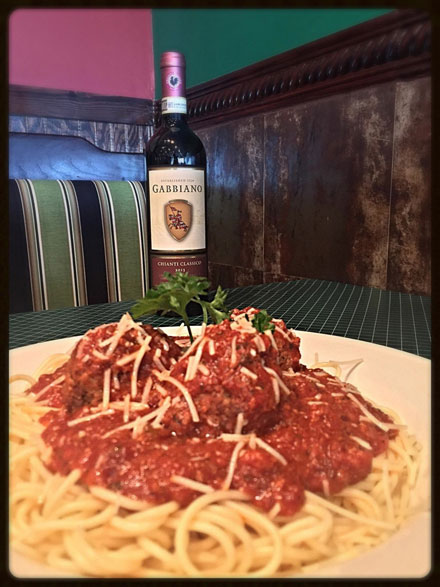 Loganville – When cities like Chicago and New York come to mind, the city of Loganville is not one that seems to be appropriate in such company. But, a group of friends – immigrants, no less – was determined to change that perception when they opened their bold and brave new restaurant, Pamendis.

Padelis Kristalakis and brothers Memios and Demetrious Goumas, all from Greece, had the idea for a while to open such a culinary innovation in Loganville; in fact, this is the tenth restaurant Dimitrious has had a hand in, and the second that the three men have whipped up together.

So why Loganville?  Dimitrious’ daughters all live within ten minutes of Loganville, so he had driven through the rural – borderline-suburban area many times. “I kept thinking that this area really needed something like this. Of course, we did our homework, but the main factor was that I strongly believed Loganville needed a place like ours,” Dimitrious said. 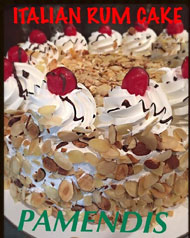 The three men were on the right track, because ever since the doors opened, business has been good. Dimitrious was quick to add that the business of opening a restaurant – city permissions, licenses and other matters – was all made as painless as possible by Loganville city staff. “We were very thankful for that.”

Customers believe that the entrepreneurial trio are on the right track, too. Patron Connie Portwood, who recently celebrated with her husband on his birthday, remarked that the food was great and the portions are very generous.  Several customers commented on the beautiful presentation of the food, the wide selection from which to choose, and of course the mouthwatering marriage of Greek and Italian foods.

The city of Loganville is doubly lucky, because the three men looked at several other locations before choosing the one they did at 4060 Highway 78, suite 1224, in Loganville Commons. Wisely, they felt that the restaurant could benefit from the considerable foot traffic generated by TJ Maxx, Lowe’s PetSmart  and Staples. That decision, some would say, was just smart “Business 101.”

Currently Pamendis is Loganville’s only sit-down restaurant that offers their particular style of Greek and Italian cuisine for customers. Even at that, though, every restaurant owner knows that he has to have something that sets his place apart from the rest. At Pamendis, that something is “homemade.” Everything at Pamendis is made from scratch with the best ingredients. On the menu, there are sauces that require 20 different spices and can take six hours to cook, but the cooks at Pamendis take every painstaking step, because those recipes have been passed down from Mama.

The Goumas brothers take the time to personally oversee everyone in charge of cooking . As Dimitrious said, “I’d love to be in here doing it myself, but there just isn’t enough time.” However, he understands the importance of technique as well as he does that of ingredients.  The men are so serious about adhering to Mama’s recipes and techniques that they require every employee to take a test before even being hired. Quality, the men believe, is assured in even the smallest things.

For dessert lovers, look no farther than the gorgeous cakes and pies displayed in the bakery case. While those delights are not made in-store, they are ordered fresh daily from a local bakery, and they are terribly hard to resist.