Freedom of Speech- Good and bad can become ugly 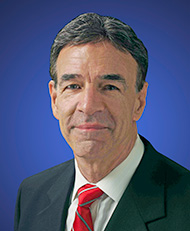 In spite of the fact that city council or city commission members typically receive little pay, or none at all, “small town politics” have developed a reputation for being more negative and underhanded than politics at any other level.

That may not be the case anymore, as illustrated by recent state and national political activities. The 2016 campaigns for president are perhaps the most revealing cases in point. The negative, sometimes obnoxious statements emanating from the majority of presidential campaigns are standard fare. And they aren’t directed, as might be expected, solely at candidates from the opposition party; they are also directed at candidates within the same party.

Supporters of individual candidates have always taken issue with the opposition. That’s to be expected, as Candidate A typically has a platform that differs significantly from that of Candidate B and supporters rally behind their candidate of choice. Yet never before has campaign rhetoric been so vitriolic, negative and personal. Whether it’s a presidential, congressional, gubernatorial or regional election that’s looming in the near future, the noise rising from campaign organizers and supporters is equally cacophonous.

It appears we have become a nation of intolerants. We no longer seem to be able to engage in civil discourse and disagreements; our preferred approach is to tear down and denigrate. Moderates are viewed as being weak or as having sided with the opposition. Radicals who shout the most negative words at the highest volume are placed on pedestals, and viewed as the true believers who will help lead the charge that will save the world, or at least a small portion of it.

And intense discord has spread well beyond politics. It has become standard practice for individual groups to go launch into a war of words, or go well beyond verbal assaults, in response to dissatisfaction with their perceived opponents. The April 23rd violence at Stone Mountain Park is a prime example. According to the AJC, “Protests surrounding a rally at Stone Mountain erupted in violence Saturday as demonstrators trying to confront a white power group set a barricade on fire and hurled rocks and fireworks at police attempting to block them.” Nine people were arrested.

Lost in the Stone Mountain controversy, or other protests that exceed the bounds of decency, or erupt into violence, is the right of expression that’s promised by the First Amendment. Obviously, the Amendment’s original guarantee is now largely seen as null and void.

Certainly, the First Amendment covers not only the right of a person to express an opinion, but also the rights of others to express their disagreement with that opinion. It does not, however, sanction a right to attempt to silence an opposing opinion.

The First Amendment states, “Congress shall make no law respecting an establishment of religion, or prohibiting the free exercise thereof; or abridging the freedom of speech, or of the press; or the right of the people peaceably to assemble, and to petition the Government for a redress of grievances.” As witnessed by the numerous cases that have come before the Supreme Court since 1791, (when the Bill of Rights went into effect) the term “freedom of speech” is open to interpretation. However, aside from a few specific instances, the courts have routinely upheld a person’s right to speak freely. Such freedoms even extend to such despicable activities as flag burning and hate speech.

Protection of free speech, even when that speech is disturbing or hateful, was woven into the Bill of Rights by the founders and had become the fabric of this nation. Now it appears, the fabric has become worn and frayed; freedom of speech is routinely used as a weapon to turn disagreement into a landscape scorched by vitriol, hate and violence. That has nothing to do with the courts or the First Amendment. Sadly, it has everything to do with what we have become as a nation.