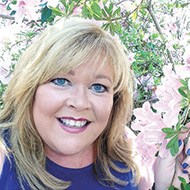 Spit, shake, and seal. Eight weeks later, my Ancestry.com DNA signature and analysis would unlock a family history mystery that has baffled me for decades.

My maternal Grandma, affectionately called “Gigi,” forever changed the trajectory of her lineage. She knew that education was the key to breaking the chains of poverty. After applying and being accepted to nursing school at Methodist Episcopal Hospital, Training School for Nurses in Indianapolis, Indiana, she was disowned by her indigent family for disobeying her father’s directives to stay on the Killion family farm with her sister, Bernetta, in rural Daviess County, IN, marry, and have children.

Gigi showed great courage and had a profound resolve and strength to be the woman she dreamed of becoming. She was a role model for Mom, sister, Julie, and me to follow your heart in the face of adversity. A few years ago, she became the inspiration for my historical fiction series set in 1900’s Atlanta. The first novel titled, Aspirations of the Heart, was released in 2016, and the second, Hope Never Rests, is due out Fall, 2017.

Over the course of my lifetime, Gigi told stories about how “the other side” of the family, specifically Bernetta’s family, was not to be engaged or contacted because they had a criminal link to gangs in Indiana and Chicago. As a child, I often asked Mom about her aunt and “that” side of the family. While she had met them a few times, Gigi forbid a relationship to be forged. For years, I would ask questions. For years, there were no answers.

Last month, Jeff and I received our DNA analysis from Ancestry.com. Jeff, my sweet husband and our family genealogist, enhanced our family tree based on our genetic ethnicity results. I wanted to seek answers and learn more about my great aunt, Bernetta’s side of the family.

Voila! “Holy moly!” (okay, that’s the cleaner version of my response). It became glaringly evident why Gigi didn’t want us cavorting with the other half of her sister’s family. Bernetta was related by marriage to Indiana’s Depression Era gangster, John Dillinger. Bernetta married Fred Hancock whose parents were Emmett “Fred” Hancock and Audrey Dillinger (John’s oldest sister). Bernetta’s husband was the nephew to “Uncle John.”

Who was John Dillinger?

Dubbed “Public enemy number one,” a phrase that would later evolve into the “Ten Most Wanted Fugitives” list by the FBI, Dillinger and The Dillinger Gang robbed banks, stole cars, assaulted, and killed. In an effort to thwart organized crime, FBI Director, J. Edgar Hoover focused on Dillinger to kick-start his new directives. After evading police in multiple states, Dillinger was eventually killed when federal agents moved in to arrest him as he left the Biograph Theater in Chicago. When Dillinger pulled out his Colt, agents returned fire, killing him.

Dillinger was put on public display at the Cook County morgue where approximately 15,000 people visited. Records indicate that death masks were made. A mask made from an original mold is on display at the Crime Museum in Washington, D.C. where one can observe the bullet exit mark below the right eye. The funeral was held at Bernetta’s mother-in-law’s house; he was laid to rest in Crown Hill Cemetery in Indianapolis (where Gigi and Grandpa Isensee are also buried).

While Gigi, who passed away at 102 years of age in December 2004, took that secret to the grave with her, it wasn’t until I had a frank discussion with Mom that she revealed that she knew about the relationship, too. As Mom put it, “Gigi was ashamed to talk about the Dillinger gang. Her parents and Bernetta’s family took pride in being affiliated and related to the Dillinger’s. Her family was so poor and ignorant that they didn’t understand that it wasn’t something to brag about.”

So, that bit of family history was tucked away in the deep, dark recesses until a simple DNA test was the key that revealed the truth and unlocked a family mystery in our ancestral history.

About Katie Hart Smith
Katie Hart Smith's column, “From the Heart,” touches the heart, inspires, entertains, and speaks to one’s heart and soul. With over 20 years of experience, Smith has written for a wide array of audiences. To learn more about this Southern author, visit www.katiehartsmith.com.