When did he die? 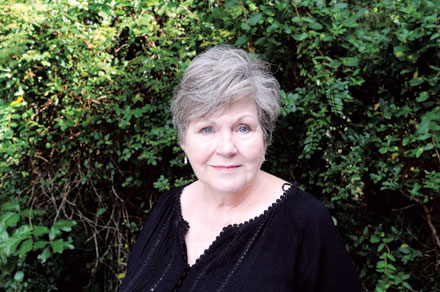 The names of some of the people involved have been changed to protect the incompetents.

This is a true story.  My husband’s cousin Charles has been sick for some time and he died sometime early morning on January 6.

I found him at home dead and in his bed that morning.  I called the police so that the process of a home death with no one in attendance could begin. Yeah, I know all this stuff.   The things I know could be a bit scary.

Now we get to the story.  Charles’ date of death was declared as January 6 at noon.  For any reason one goes to the ER, even for a death declaration, a bill is generated.  I have no problem with that. As the executrix of Charles’ affairs, I took on the responsibility of his bills and other business issues. This entails notifying the post office to change all of his mail to my address as well as contacting his doctors, canceling any appointments, changing all billing to my address, and notifying appropriate people of Charles’ passing. I also called the local hospital’s accounting office and requested all bills be sent to my address.  Just to be safe, I checked his mail box at least every other day.

Several weeks later, a duplicate bill was delivered to his house from this ER accounting office.  I call the accounting office. “Hello, I am Marlene Ratledge Buchanan and I am calling on behalf of the late Charles. The patient number is xxxx; his date of birth is xx.  I received a bill from the ER for services on January 6. I believe this is a duplicate.  Please check your records that you received payment.”

“What was this for?”

I explained that it was to declare Charles’ had died at home without anyone in attendance.

“When did he die?” Being the polite person I am, and before reaching levels of aggravation that will shake the chandeliers, I explain that Charles had died that morning and he had been brought in for death declaration.

“January 6.” (The crystals are tinkling above the dining room table.)

“No, Miss Most Attentive. He died at home and was taken to the ER to be pronounced dead.”

“Thank you (for spending 25 minutes to determine this).  Will you please be sure that the Accounting Department is notified and this second bill is cleared?”

“Thank you for your help, Miss Sharp-as- a Tack.  Have a good day” (I am going now to sweep the dining floor where the chandelier shook off a little glass).

It gets better, folks.  I swear, you cannot make this stuff up.  On May 23, I received a bill from a collection agency.  It was delivered to Charles’ house.  Not only did I continue to check the mail box until the new owners and good friend moved in Charles’ house.  When something comes, she collects it and calls me.

This was the only bill I had received since the duplicate in February.   I pulled my copy of the original and duplicate bill. I have dealt with enough business to know how important it is to record date, beginning and ending time of a conversation and the name of the person with whom I talk.

I did my same shtick, “Hello, I am…, etc.  I am calling about an unpaid bill I received from your company for Charles’ service at the local ER. His patient number, blah, blah, blah. The date of service was January 6 and it was to declare him deceased. I have paid this bill, I believe this one dated May 20 is an error”

HMMMM. Did I not just explain why I was calling?   “I received your notice stating that the bill for January 6 at the local ER had not been paid.  I believe there is an error.  On February 9, I received a bill for the January 6 service for Charles, patient number xxxx.  I paid it.  A duplicate bill was sent and I talked to the accounting office and it was determined that the original bill had been paid and the duplication was supposedly cleared up.”  Simple. Succinct.

“What was his patient number?”  I provide the number again, his date of birth, again, the full spelling of his name, again. And, are you ready, his date of death, again.

“What was this for?”  Dang, there go those crystals dancing again.

“Charles had died at home.  This was for an ER doctor to declare date and time of death.”

“Was he admitted to the hospital?” clink, tinkle, clunk.

“No, he was not.  The doctor just had to declare he had passed away.”

“January 6.”  There is the first sound of glass hitting Mama’s dining room table.

What kind of treatment did he get at the hospital?”

“None.  He was not admitted.  The doctor declared him dead and let the mortuary van leave with the body.”

At this point, the whole chandelier was swaying in the blue smoke coming out of my ears.  I always use these people’s names.  This time I was using her name many times trying to get her to follow along with me. I was also using her name in vane in my head.

Patiently, but with gritted teeth, I ask, “What do you need to close this account?  Charles died on January 6.  The bill was paid on February 9.  His estate has been finalized and all other affairs settled.  Do you want me to mail you a death certificate?”  At this point I was afraid I was going to have to produce the body.

“Yeah, a death certificate.  We need something telling us what day he died.” Tinkle, clink, crash.