Hey Y'all | The Fur Ball of Death 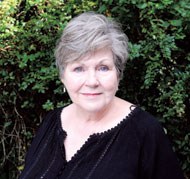 We have four cats, all were rescues, and none are touchy-feely. I really wanted a cat that was like my little Ramona. She loved to be held and combed or to just sit with you. She wrapped herself around my neck and rode on my shoulders wherever I was walking.These four in residence now were never truly socialized as babies, so they have made up their own rules.

They let you pet them if they come to you, but they will not get in your lap and be loved. Comb yes, in their designated combing stations. Figaro sleeps on James’ bed in her spot. But she won’t sleep touching him.

Figaro, AKA the Queen, has us all well trained. We know if she comes up to one of us in the kitchen and stands on her back feet and rubs against one’s leg it means “Moo. I want my mini-moo.” Mini-moos are those individual Half and Half coffee creamers. We have to go through a ritual with her. And we all do it, and we use sing-songy baby talk voices. Lord, help us. Rubbing her “eyebrows” and asking “Do you want a moo? How many moos do you want? Is it a one moo morning or a two moo morning?” Yeah, don’t call anyone. The psychiatrist already knows we are nuts or Cat-a-tonic. Oh, stop groaning. It wasn’t that bad a pun.

This morning I was in the kitchen cleaning up and doing some odds and ends when I heard a screech and saw a black fur ball fly through the air. Both Mystic and Gracie have a lot of black on them, so I don’t know which one was doing the aerial assault on the other one. Lots of noise and then they did a streak or two through the house. My poor fraidy cat Samson was scared to death and trying to hide.

The flying black ball landed on a black and white ball and the two become one, rolling over the entire kitchen and den in blood-curdling screams. I was frozen in place. I didn’t know who, what or where the balls were. I just knew death and mayhem were in the air.

About that time, I saw the ball break apart and Mystic (more white than black) race toward the bedroom. Gracie (more black than white) was in hot pursuit. Samson (all black and a scardy cat) came around the corner of the door on only his right paws. He looked at me in frightened wonder and disappeared under a couch.

A moment later, Gracie exits the bedroom at 120 mph, and Mystic is following her at breakneck speed. Suddenly, there is that screech, and Gracie flies off the end of the launching pad and clears at least three feet of air. Mystic is waiting and standing on her back feet, arms outstretched as if to catch Gracie when wham! Gracie slams into Mystic’s chest. Mystic’s arms and legs encase Gracie in a choke hold, and they start that deadly roll again. One of the lamps starts to shake. The camera alarm recorder hits the floor. Black and white fur start flying around the room. I am waiting for blood and guts or a dead cat or both. They slam into the couch where poor scared Samson has been hiding. He scoots out trying vainly to run for all he is worth to another room. His feet are furry, and he can’t get a grip, so he is slushing and sliding all over the floor. Without traction, he is not going anywhere, just a black fluff wad with little legs running in place. His green eyes are huge and pleading. “Save me, Mama. Save me!”

SLAM! The black fur ball of death and destruction hit the legs of the telephone table. The vase with the pens and pencils shake and rattle and spill all over the floor. The pad of paper hits the floor and breaks apart, paper with little flowers shower around the fur ball of mass destruction. The black fur ball rolls/propels itself on into the sunroom, slamming into doors, chairs, and everything possible to hit. Philodendron leaves are ripped off the vines in the struggle for survival. Wham! They hit the door to the bathroom and roll into the middle of the floor where they stop. Just stop. They are not even breathing hard. Mystic walks over and washes Gracie’s’ face. Gracie does the same thing for Mystic, and then they just stroll off together into the other room.

A time lapse of maybe two minutes has occurred. I am left cleaning up paper, pens and plant leaves. They are calming nibbling their crunchies. Samson has gone into a catatonic stupor and will not be seen for hours. Figaro walks in, takes one look around, turns and flicks her tail. She goes into James’ room and lays on his bed, too elite to be troubled by the gladiators who have turned our house into the Colosseum of war.