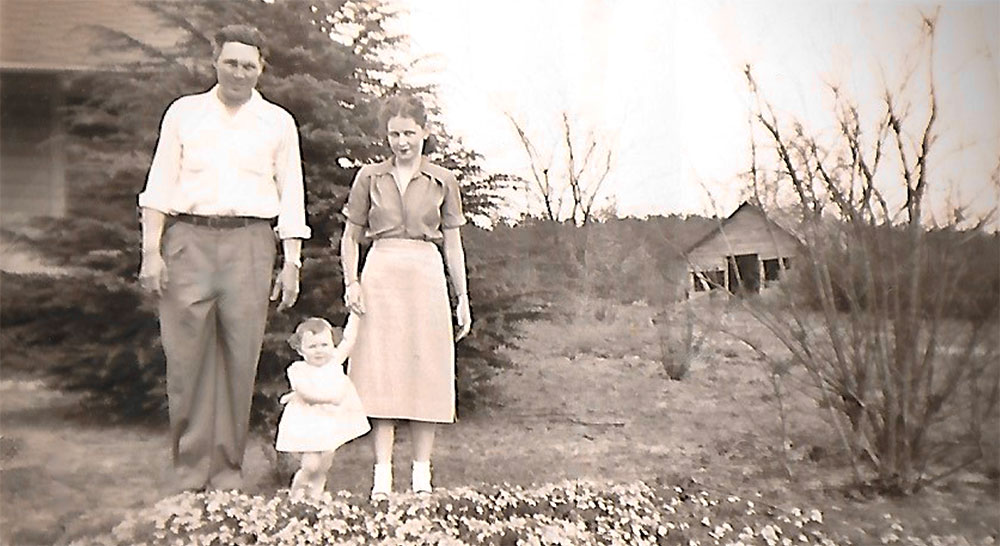 James Edward Ratledge
November 21, 1916- September 23, 1998
Everyone should have someone in their life who believes she can do no wrong.

And if she did do something wrong, he would understand and help her fix it. James Edwards Ratledge was that perfect man for me. He may not have been perfect to you, but he was to me and that is important.

Daddy, for he was never “FATHER’, he was always Daddy. And yes, I am a Daddy’s Girl in every sense of the word. Proud of it, too!

Daddy doted on me. I went to work with him in the summers, Typed his and other detectives’ reports. I often lunched at City Hall with the mayors and city officials of Atlanta, and the School Superintendent. I sat in court while he testified in cases and I loved every minute of it. I knew ever call number on the APD radio.

Daddy was proud of me. I was taught to be well-mannered around adults and to be attentive to what they said. He worked a lot at night to earn extra money. I went to all kinds of school events with him. I did homework in the bleachers and the coaches offices while he worked.

If Daddy did it, I followed along. I spent the majority of my time with adults. I wasn’t popular or involved much in school. I was too shy with my peers. The other kids didn’t know I was an excellent marksman, was asked to enter the Emory University Olympic training program age twelve. I could refinish furniture, knew how to fight with a policeman’s slap and a nasal blow. But I did.

My best friend Dotti and I were Daddy’s favorite girls. He built us a tee-pee in the back yard. He built us our very own gasoline driven jeep. He played basketball with us. He taught us how to ride bicycles, how to swim, and pretty well gave us most anything we wanted.

After he died, Mama said he never left. He was still sitting in his recliner, waiting for her. I believe it. Mama is sitting on my right shoulder and Daddy is on left one. Both are whispering in my ear.
I can still see them walking hand-in-hand. Daddy was over 6’4” and Mama was about 5’5” in her prime. They almost always held hands. As Mama would shrink, she would have her arm bent even higher and Daddy would lean over a little more.

Daddy was a handsome man with his blue black hair, olive complexion, and brown eyes ringed with long dark lashes. He passed these traits on to his only grandson. In the early 1900’s boys wore their hair long. When he was about six, it was time to ‘bob” his hair. His older brothers called him “bob-tail” which eventually became Bob. 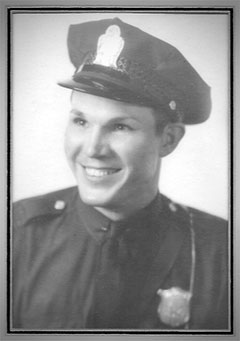 Daddy was good at his job. I don’t know about now, but he held the record for the most cases solved for APD for more than 20 years. I have all of his old reports. Someday I am going to write that book I promised him. Now he is gone and I only have his files to rely on. I regret we never found time to write his book.

He did some interesting things in his life. During WWII he escorted military prisoners. I have his secret identification and name that he used. One night before his death, the nurses on duty asked Mama what Daddy had done for a living. She told them about his having been a police officer. One of the nurses, a former student of mine, spent a lot of time visiting with us. Ellen told Mama that Daddy was talking about having a different name. Daddy had been part of the Secret Police. The night Ellen was checking on Daddy, he was the other military policeman taking a Nazi prisoner somewhere “special.”

Once it was learned that his father, Luther Edward Ratledge, had been a train engineer before becoming a police officer, and Daddy could do both medical core and train repair, he was reassigned. Daddy built the first hot water shower on the 7th Hospital Train in Europe. After that when his train would be in a station somewhere Daddy taught other personnel how he had run the lines so their trains could also have hot water showers.
One night when he was so sick and on morphine, he was back on the 7th Hospital Train. I spent the entire night rebuilding the train engine with him. He would tell me what tool he wanted and I handed it to him. I held invisible wrenches as he tightened bolts. In his drugged imagination, all those machines in that room were part of the engine. We did a good job, too. By about 4:30 that morning, he told me to “fire her up and let’s get moving.” And we did.

I spent a great deal of time helping him in his workshop. I learned to use all of the equipment in his shop and can still cut a perfect miter joint. When I was too young to really work with him, I was given my grandfather’s auger. I drilled holes in wood for no other reason than to be working with Daddy. Today, I can walk into the workshop and lay my hand on any tool I want. I moved his entire shop to my house and returned every item to the original location. I learned organization from him.

When the Allied Troops captured Adolf Hitler’s private train, the engine was damaged. Daddy and his train happened to be in the same location. One of the officers on Daddy’s train suggested they ask Daddy to look at the damage on Hitler’s train. Rat could “jury-rig” anything. I don’t know what was wrong with the engine, but it couldn’t be moved further into Allied territory because of the problem. While Daddy was working on the problem, a team of US and other Allied personnel were cataloging every item in the train. 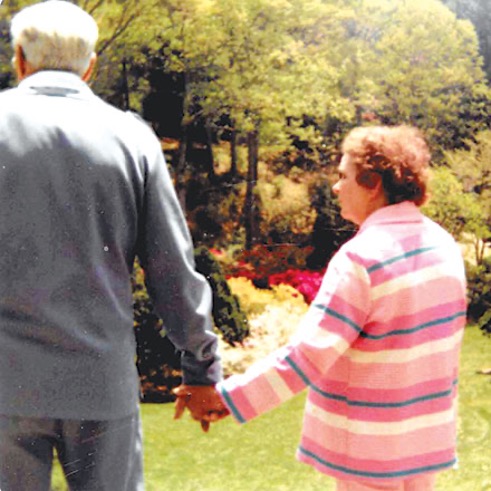 Daddy reported the repair had been completed to the officer in charge. That officer was part of the team cataloging Hitler’s belongings. He was in Hitler’s private dining car. The officer picked up a small cream pitcher from Hitler’s table and handed it to Daddy thanking him for his help. The pitcher has the swastika emblem and Mama wrote a note about what Daddy told her and stuck it in it. The cream pitcher is marked with the Allied catalog number.
Daddy could do anything. He was the builder, Mama was the painter and designer. He built his grandson an airplane swing with a 6’ wing span and working joystick, rocking horses, and any other thing he thought his namesake James could want. Daddy made a table that was James’ height and the legs could be extended to grow with him. Daddy and James did a lot of drawing and coloring on that table.

Daddy made the entire kitchen set, stove, refrigerator, cupboards, and even a sink with a turning faucet for my Kindergarten class, H.O. Burgess Elementary School (1955). That set was still in use some 20 plus years later. Our class had wooden animals to paint that he cut from scrap lumber, too. One of my classmates mentioned remembering them. I have several still. He and Mama created the most beautiful gardens you have ever seen. He worked hard. And he adored Mama.

When James was born, I was not able to lift him. At that time, husbands were not granted maternity leave and Snell had to go in to work. It was Daddy, not Mama, who came to stay with me those weeks. We talked a lot, laughed a lot, and I will treasures those days and all of the days I had with him.

He and Mama taught me to be independent and self-reliant. I am the person I am because of their love and joint efforts in helping me grow into a responsible adult. My survival in so many things were only possible because they taught me resilience and laughter will soften the hard blows of life. He made sure Mama and I were loved and well taken care.

Rat accomplished all kinds of things and best of all, Daddy was mine. And I miss him. Mama used to say there will never be another one like Bob Ratledge. No there won’t. I bet Mama and Daddy are holding hands right now.

A southern humorist, Marlene is the 2020 Georgia Independent Author of the Year for Life is Hard, Soften It with Laughter and 2021 GIAYA for A Place with a Past. Marlene is available for speaking engagements. You may reach her through her website www.MsRatWrites.com.