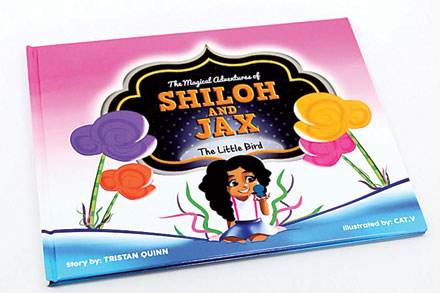 Shanelle Moore turned her love of writing and storytelling into a new children’s book series called “The Magical Adventures of Shiloh and Jax.” 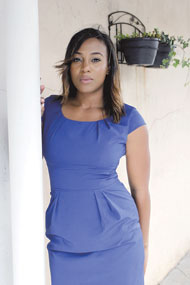 Moore was born in the Caribbean Island of Grenada. At the age of five, she and her family moved to Brooklyn, New York. Since her mother worked two jobs and did not consider the neighborhood to be safe, Moore learned to entertain herself through writing songs and singing. At the age of eighteen, she became a professional singer/song writer. “My writing always incorporated stories about real life adventures. In 2008, my husband, and then only child, Ryan Li relocated to Snellville to be closer to family after my thirteen year old nephew tragically died of a heart attack on the football field at Shiloh High School.”

After Moore became pregnant with her first daughter, she had dreams that she later penned into children’s stories. Using the pen name, Tristan Quinn, Moore wrote and self-published the first book in the Shiloh and Jax series called, “The Little Bird.” The new book was released in May, 2016. Moore explained, “These books are being illustrated by my friend, Cat V. who resides in the Philippines. She has also illustrated six other children’s books. The characters in the book series are of various ethnicities. It’s a very inclusive book. “The Little Bird” is the story of how Shiloh (the little bird) and Jax meet. The theme is to never judge a book by its cover because everyone has a little magic in them that makes them special. The target age group for this children’s book is for toddlers up to children in the third grade.” 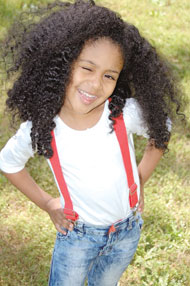 Left: Jaxon Rose, affectionately called "Jax,” is the inspiration for the main character in the new children’s book series.

Moore has three children: Ryan Li, ten years old; Jaxon Rose, five years old; and Auston Jon, three years old. Jaxon Rose, affectionately called "Jax,” is the inspiration for the main character in the series. “My daughter enjoys singing, dancing, and acting, attending The Actor's Scene, a training facility in Buford, Georgia. The sales from these books are helping to fund my daughter’s acting career. Jax is signed with Salt Model and Talent Agency and has appeared in a Krispy Kreme corporate video. She will also be making an appearance in the new movie called Almost Christmas that is due out in theaters on November 11, 2016, staring Danny Glover and Gabrielle Union. Jax plays a five year old version of Union in the film,” said Moore. 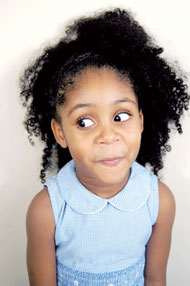 The second book in the series is underway, planning to be released next year.  Titled, "Welcome Jax" will include characters of all ethnicities to keep this series inclusive which is very important to Moore. “I want every kid to be able to see a little of themselves in my characters.  The theme of book two is to be open to trying something new. Each book has a theme/moral and is aimed at teaching a life lesson.” The mother of three added, “My children are my inspiration. I’m on a mission to spread a little magic in the world and motivate everyone with a dream.”

For more information about “The Magical Adventures of Shiloh and Jax” book series, visit Facebook or the website: http://www.shilohandjax.com