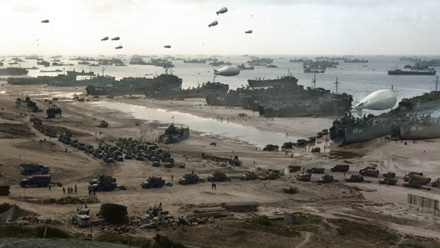 Chattanooga, Tenn. (May 21, 2014) – June 6, 1944: The largest Allied operation of World War II began in Normandy, France. Yet, few know in detail exactly why and how, from the end of 1943 through August 1944, this region became the most important location in the world.

Now, a new documentary film, D-Day 3D: Normandy 1944, invites audiences to step back in time to fully appreciate the daunting challenges and epic sacrifices that changed the course of history. 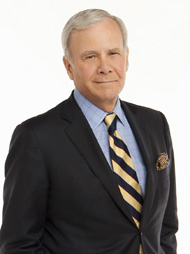 Narrated by renowned journalist and author Tom Brokaw, D-Day 3D: Normandy 1944 pays tribute to those who gave their lives for our freedom. “What I was drawn to in this film is that it tells us the story of D-Day in a new way that gives such clarity to one of the most important events in the history of mankind,” said Brokaw. “I originally thought this was going to be another traditional documentary featuring grainy black & white footage, but as soon as I saw the first minutes of this film on the giant screen in 3D, I found it irresistible.”

“We wanted to make a film to pay tribute to the millions of men and women, soldiers and civilians, who gave their lives for our freedom 70 years ago. Regardless of nationality, virtually everyone today has a parent, grandparent or even a great-grandparent with a connection to World War II,” explained writer & director Pascal Vuong. “I thought for a long time about how to produce a large format documentary on this subject, and finally found my own way of telling this complex story to family audiences using a brand-new ‘cocktail,’ mixing innovative film techniques.”

To commemorate the 70th Anniversary of this historic event and to honor area veterans, special screenings of D-Day 3D: Normandy 1944 will be offered at the Tennessee Aquarium IMAX 3D Theater June 6, 7 & 8 at Noon and 2pm. Proceeds from the June 6th screenings will help support the National Medal of Honor Museum of Military History in Chattanooga. “We appreciate the opportunity to partner with the Aquarium on the 70th Anniversary of D-Day,” said Jim Wade, executive director of the National Medal of Honor Museum of Military History. “This film complements our core mission to honor those who made extraordinary sacrifices for our freedom and to educate current and future generations about those sacrifices.” 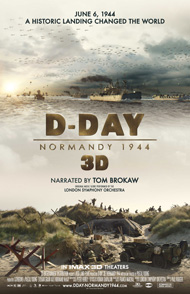 On June 6th, General B.B. Bell will introduce the Noon screening of D-Day 3D and recognize Charles Coolidge, who will attend the premiere event with family members. Coolidge, a Signal Mountain resident, was awarded the Medal of Honor after his heroic and superior leadership on a battlefield in France on 24 - 27 October 1944. The Museum will also display military artifacts at the IMAX Theater along with the Medal of Honor citations for the 12 recipients of the Normandy Invasion. According to Wade, four recipients earned their decorations on D-Day.

In honor of area veterans, Republic Parking will provide up to three hours of free parking (in the CARTA North Garage – located on 3rd Street between Chestnut and Broad) for veterans who attend the Noon screening of D-Day 3D on June 6th. Attendees should bring their parking stub to IMAX for validation.