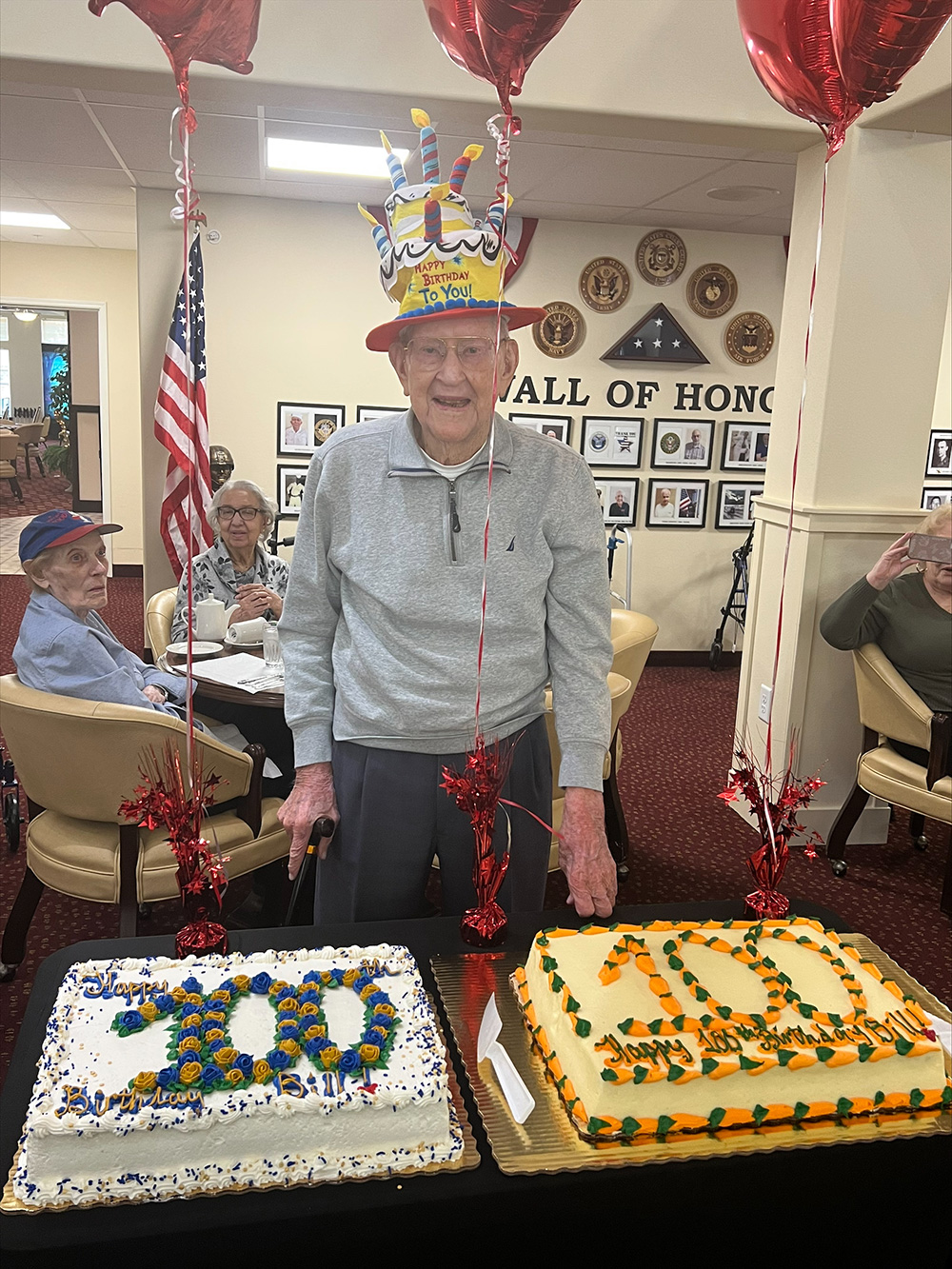 Bill Kimmons, a World War II Marine veteran, and a man who developed the Overhead Door Company into the Number One distributorship in Metro Atlanta, turned 100 years young Tuesday, October 25, celebrating with relatives and friends at two birthday parties in Lawrenceville, Ga.

Over 44 relatives and friends attended the parties at the independent retirement community of Linwood Estates Hawthorn Senior Living, 1611 Lawrenceville-Suwanee Rd., one party on Saturday so the kids wouldn’t have to miss school and the other on Tuesday, his actual birthday.

Born in 1922 in a frame house a few blocks from downtown Norman, Oklahoma, Kimmons had one older brother and three sisters, the youngest, 86, who is still living in Norman. His family had settled there on a farm during the Depression after stays in Dahlonega during the gold rush era, and East Texas.

During their time on the farm, Kimmons’ father did all types of hauling and odd jobs. Always eager to help, Billy worked after school at a lumber yard, unloading railroad cars, and hauling 100-pound bags of cement to construction sites for University of Oklahoma projects. 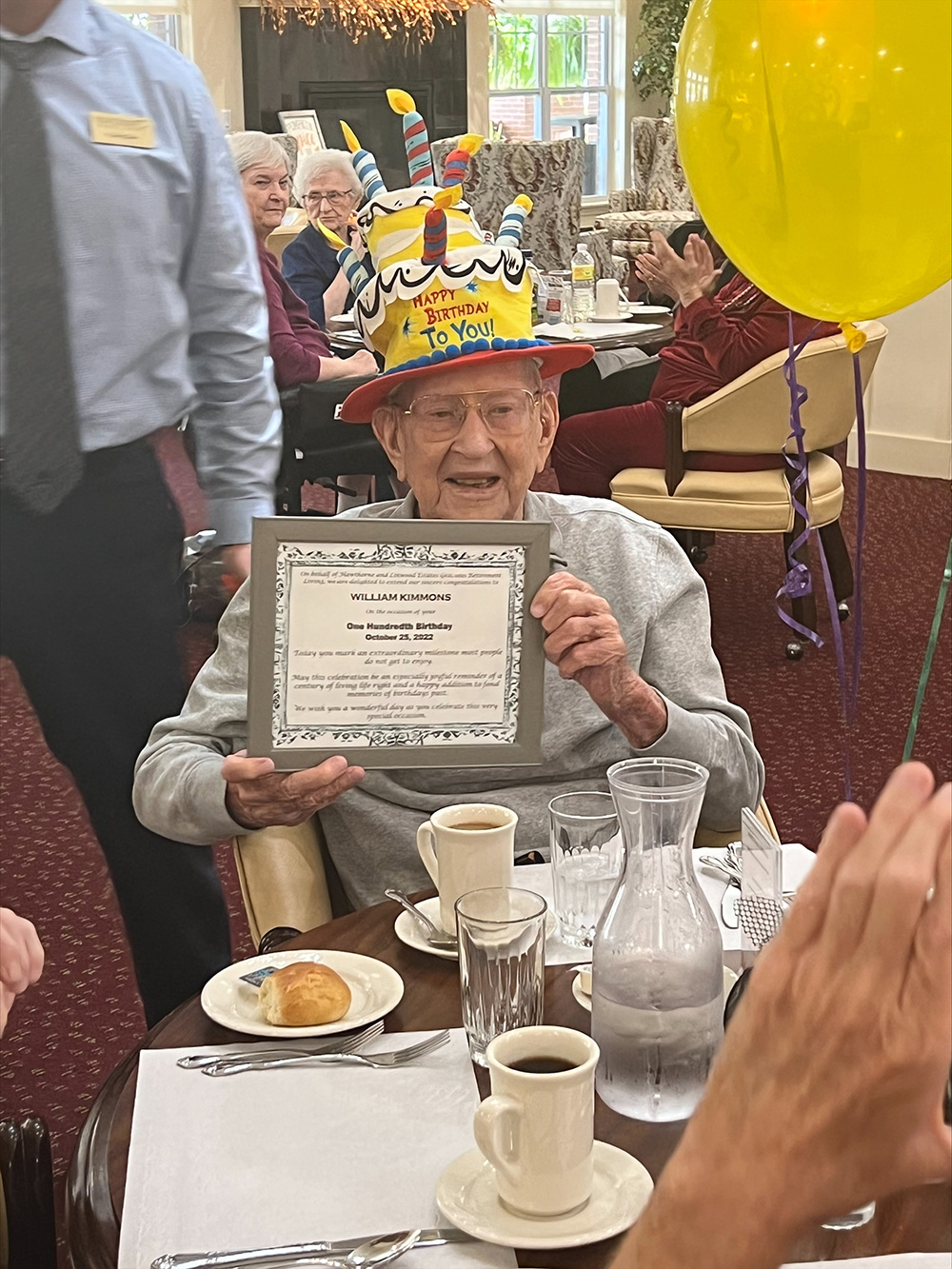 A 100th birthday certificate was presented to Bill on the occasion of his birthday.
An active youngster and none too cautious, Billy was struck by a car in February 1933, sustaining a broken leg and head injury. His doctor made house calls to him every day for two weeks, and the hospital and doctor’s bills came to a grand total of $75!

Following his graduation from Norman High School in June 1940, he and his brother bought a 28-foot semi-trailer, using it to haul lumber from Oklahoma to Arkansas.

When his brother joined the U.S. Coast Guard near the start of World War II in 1941, “I was left with the truck,” Kimmons said, having to haul lumber by himself on long treks through several states. Hauling rates were so low at that time, “that I couldn’t afford to hire a helper.”

Kimmons said the truck couldn’t be repossessed from him if he was in military service, so he joined the U.S. Marine Corps in 1942. 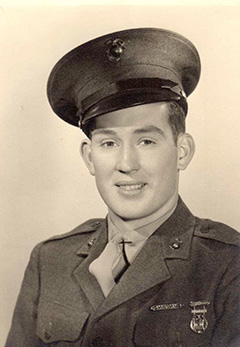 Bill Kimmons, who turned 100 on October 25, 2022, served in the 1st U.S. Marine Division during World War II as an automobile equipment operator. (Photo courtesy of Bill Kimmons)With his parents’ consent, underage Bill enlisted in the Marines in October, serving on active duty in the Pacific Ocean with the 1st Marine Division until the end of the war. He was honorably discharged in December 1945.

When he originally talked to the Marine recruiter, he told him he wanted to join the Air Corps because he wanted to fly. “We have our own Air Force,” the recruiter replied.

However, after his five-month stint in Boot Camp, Bill attended Transport School, learning about things he already knew how to do because of his lumber hauling experience.

The 1st Marine Division led assaults in the Pacific War on several of the key islands -- New Guinea, New Britain, Pavuvu and Peleliu -- that were recaptured by them in 1943. Bill served in the position of automotive equipment operator, a job he was well qualified for, primarily driving trucks and hauling supplies and materials to support the offensives. However, on some islands, there were no roads, so he and his fellow drivers performed guard duty and kitchen patrol (KP).

He said the first indication that they were in a war zone occurred when he was on a Liberty Ship and “the minesweepers got there to clear the area before we went in.” “I was never in any real danger,” Kimmons said.

When he was discharged, Kimmons came home to a surprise. “I found out my dad had sold my truck…I wanted another truck but there weren’t any available,” he said.

Kimmons then joined the Oklahoma National Guard for two stints until he moved to Amarillo, Texas in 1949 with his wife and love of his life, Dorothy. They had met at the Oklahoma City Business College and were married in October 1946 (he was 22, she was 17); they had two children, Anne and J.W.

Bill studied accounting at the business college, and went to work for a garage door company, eventually becoming an accountant and managing offices with the Overhead Door Company in Amarillo, Texas, and Atlanta, Ga. Not afraid of hard work, he initially took on additional duties, including sales and garage door installation. He was promoted to open a branch office in the Texas Panhandle and, in just a few years, Bill and Dorothy developed the territory into the top branch.

In 1955, he moved his family to Atlanta, Ga., where he and his wife developed the Overhead Door Company, Atlanta Branch, into the #1 distributor in the metro area. He sold the business in 1972, buying his first motorhome the next year.

He said he was more or less forced to sell his business “because I opened my big mouth” at a convention, so he started traveling with the motorhome. He and Dorothy enjoyed 40 years together before Dorothy passed away of cancer in 1986.

Later he met and eventually married a fellow motorhome traveler, Betty, whose husband had died, and they traveled all over the U.S. to visit family and meet new friends. “We traveled in the motorhome, and this was one of the best times of my life,” he said. “My daughter got married, and so we were ‘footloose,’”

At age 95, he and Betty took their last motorhome trip to Indiana, Oklahoma, and Texas from their home in Cartersville, Ga. Betty passed away in 2021 at the age of 99.

Asked his secret to a long life, Bill said, “Just take one day at a time.” 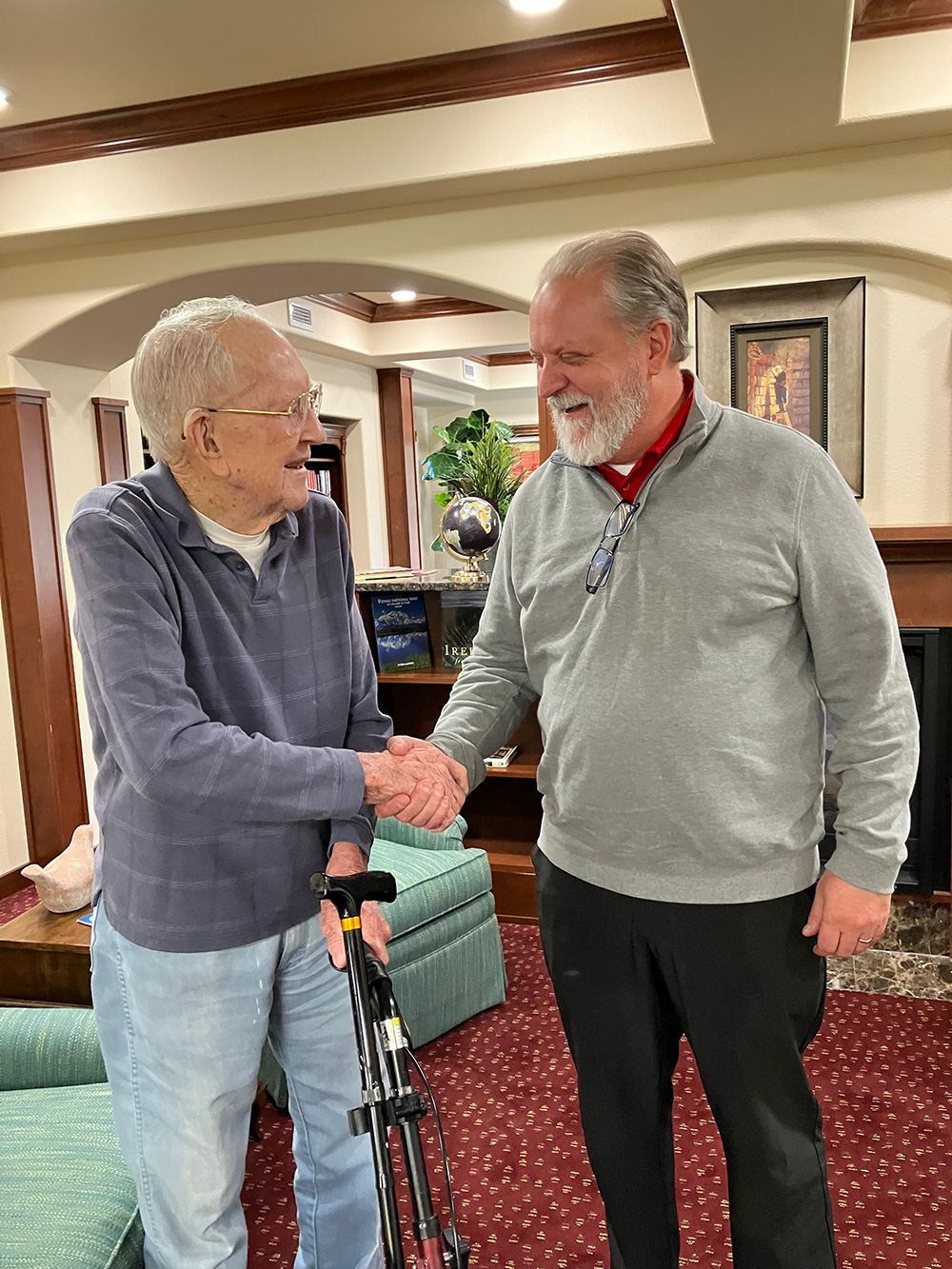 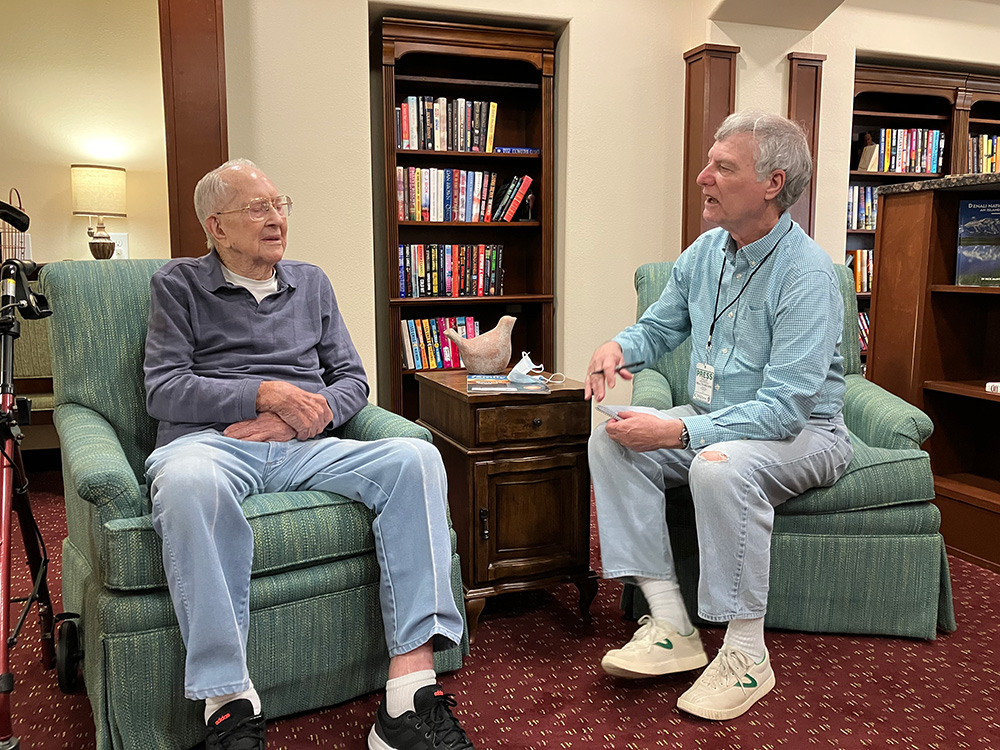