Fanfare for the Common Man: Games We Used To Play 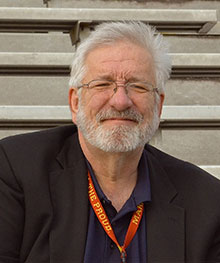 There’s a saying out there that goes something like this, “The older I get the better I used to be.”

The fish you caught way back when gets a little bigger.

That fastball you used to throw runs to the plate a little faster.

The ball you hit went a little farther.

In football, you outran not just eleven guys, but twenty-two and ran 99 yards to score the winning touchdown.

Ten strikeouts a game become twelve and then fifteen, and the home run you hit in batting practice turned into a game-winner, and won the championship no less.

In fact, my creed when it comes to telling a story is to never let the truth stand in the way of a good one.

The older I get, most definitely the better I used to be, and I just turned 63, so I probably could fly like Superman, even without the cape when I was 18.

I’ve got all sorts of stories about playing games growing up. In fact, I’ve played games my whole life in one form or another.

There are some who say I can’t go through my second childhood, as I haven’t yet finished experiencing my first.

My daughter says I reached my emotional maturity at age seventeen.

She may have a point.

This is about the games we used to play growing up.

Back yard football and baseball.

Riding your bike through the labyrinth of neighborhood streets with nary a care in the world.

Remember summer? Yes, it’s a longways away, but in the South, spring does come early. When school’s out for the summer, as a 10-year old, the start of school in the fall was another lifetime away.

June, July and August might as well have been three years rather than three months.

Finally, I got my life back.

I could do what I wanted with my days, and probably not so much of a surprise to folks, I had the most fun doing stuff alone.

With summer vacation here and what seemed like an eternity of time to kill between now and when school started up in the fall, as kids we devised all sorts of games to play to keep us out of trouble.

We didn’t have X-Box, Game Boy, Wii, iPods, iPhones or iPads back then. No streaming… no cable back then. I’m talking really old. Three channels and God help us if the president was on TV for something.

All we had were our imaginations, a hefty rock and a good crooked stick.

We didn’t have play dates back then, and sometimes we could leave and not come back home for two days, and moms wouldn’t worry. All it would take is a phone call, “Dan’s spending the night,” and I wouldn’t be expected back home until supper the next night.

I’m getting older and I’m waxing nostalgic for those games I used to play.
I can’t throw anymore so pitching is out, but I can still hit… and I’ll always be able to hit.

I can’t run anymore but I can still set up and hit a twenty-footer or three.
I don’t like walking, but three years ago when I moved to the mountains, I bought a bike.

I haven’t ridden it yet.

The bike is still in the mountains… out in the woods somewhere.

Perhaps this spring will be a good time for that. I have a stationary bike. Maybe I can join that Peleton online riding group.

Yeah, that will get me kicked out of class for sure.

I miss those days when it didn’t hurt to run or throw, and if you fell, you jumped right back up, and not reach for Life Alert.

What would it feel like to lace up the old Chuck Taylor high tops and hit the court one more time?

When my grandson was three, I thought I’d impress him by rolling down our side hill. Big mistake. Not only did it feel like I got thrown from a moving truck, but I already have vertigo without rolling down a hill.

When I got to the bottom, Carter was standing there.

Him: “Pappaw, what happened?”

Me: “To show you what fun rolling down a hill was like. Wasn’t it fun?”

Him: “Yeah. All your money fell out of your pockets. Can I have it?”

I keep telling myself, “Life is just a game. Play it well.”

Get the Ben Gay ready… this is going to hurt.